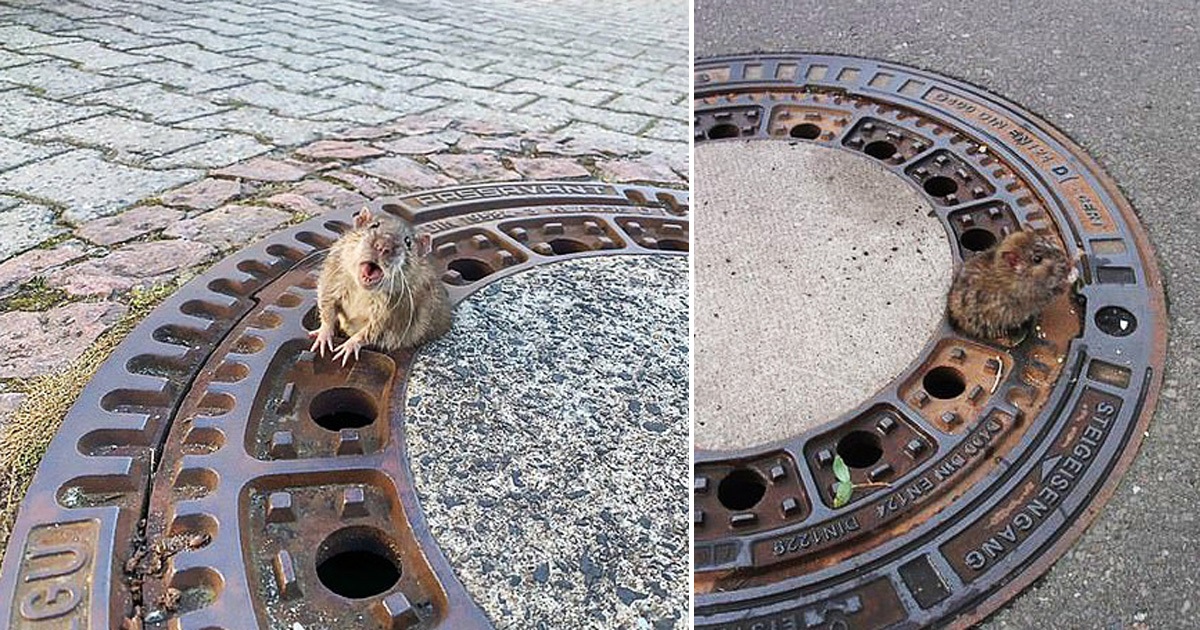 While a lot of people would shriek or scurry away at the sight of a rat, there are a few who are willing to have them as pets or perhaps rescue them when in trouble. Just recently, a Volunteer fire brigade freed a rat stuck in a manhole cover in Germany.

Firefighters who arrived at Steubenstrasse in Bad Kreuznach, Rhineland Palatinate freed a rat stuck in a manhole cover in Germany

The volunteer had reportedly arrived at Steubenstrasse in Bad Kreuznach, Rhineland Palatinate at exactly 4:45 pm. Hilariously, the rodent bit into one of the firefighter’s gloves when they reached out to assist, which of course hurt the rat’s tooth. Bleeding profusely, the rescuers lifted the manhole cover and used a wooden wedge to push out the four-legged animal.

The rescue, according to reports lasted an hour, after which the rat fell into an animal rescue box. The volunteers then took the animal to the vets, where it was given pain relief medicines and something to eat. Sharing the incident to their Facebook page, it has indeed garnered positive reactions.

In 2019, a rodent stuck in a drain in Bensheim, Germany was freed by nine firefighters. The rescuers arrived and were greeted by the unlucky animal, who was wriggling and squeaking in a manhole cover. In an attempt to free itself from the tiny space, firefighters used an animal capture noose to hold the rat as other rescuers lifted up the cover with crowbars. There’s indeed an inner satisfaction when being a superhero for others and apparently, these firefighters deserve a standing ovation.