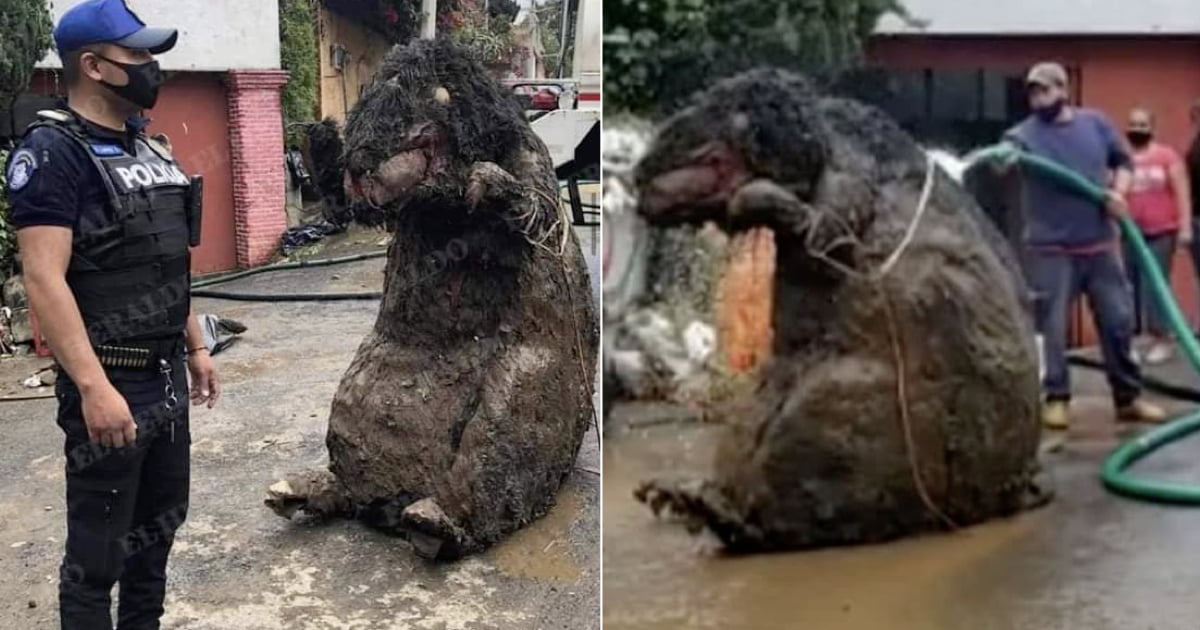 The sight of rats naturally leaves people running around. Now, envision the same rat in a larger, wider, and taller than humans form, it certainly will appear terrifying. The aforesaid isn’t a plot for some horrific move but a real incident that happened in Mexico City, which of course had left people squeaking with fear.

Amid cleaning an underground drainage system, the Mexico City Cleanup Crews discovered a giant rat stuck in the gutters. Reportedly, the found creature was part of the twenty-two tons of litter the workers removed from the city’s drainage tunnels after a heavy downpour of rains.

The crew worked really hard to remove the garbage from the tunnels and here they stumbled upon the horrifying looking ‘Monster Rat.’ Fortunately, the rat turned out to be fake as it’s actually a Halloween decoration from a resident’s haunted house collection.

The nearly 5-Foot Tall rat somehow did get stuck in the labyrinthine network of sewers tunnels as a result of improper waste management. Having sat in the tunnel undiscovered for years, a viral clip showed a man holding water and washing the years of sewage gunk off the rat’s body.

Accordingly, the rat sat between the cleanup crews, and from a distance, it’s enough to appear like a real rat or perhaps an amazingly realistic sculpture of a rat. Evelin Lopez has, however, since came forward claiming the discovered rat was hers. Evelin admitted she had created the huge creature from scratch for Halloween, but did go missing after a torrential downpour. Furthermore, Evelin stated she repeatedly requested for a search in the drains and sewage, but no one came to assist.