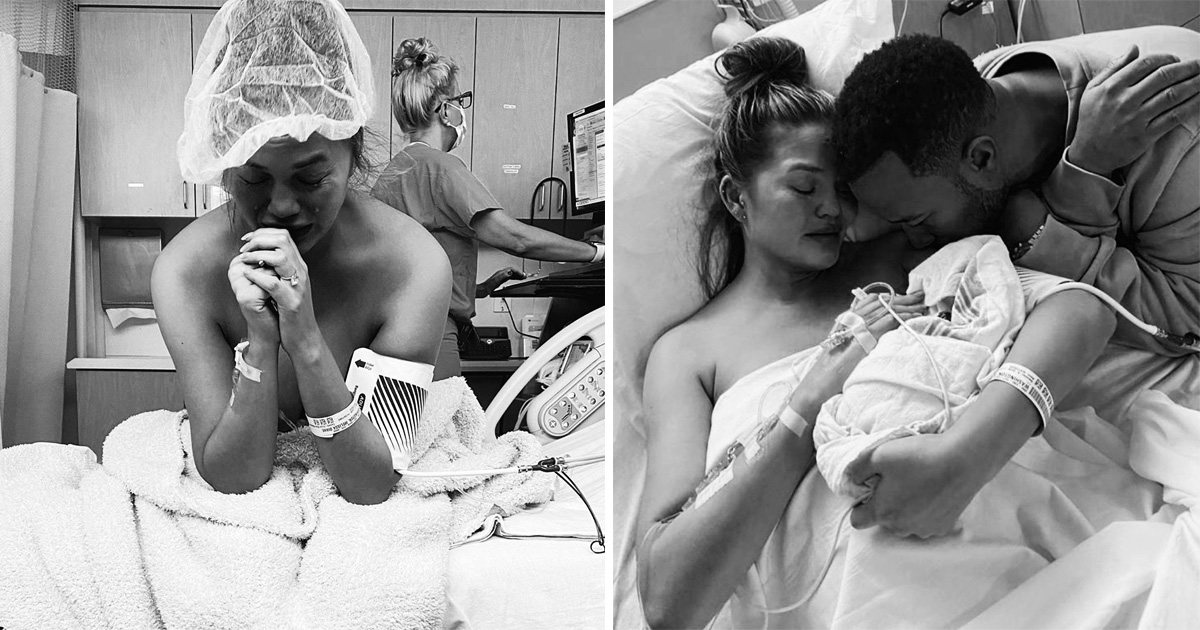 Every parent across the globe are heartbroken for Chrissy Teigen and John Legend after they shared the loss of their third baby in a miscarriage. Cookbook author and Model Teigen recently shared black and white photographs on both Instagram and Twitter that showed her sitting on a hospital bed with her hands gripped in a prayer-like position, appearing in tears.

Another photo showed her holding her baby as Husband Legend kisses her shoulder passionately. Following weeks of pregnancy complications, Teigen had been hospitalized before the sad incident happened. Unfortunately, the parent to Miles, 2, and Luna, 4, revealed they had named their third baby, a son – Jack.

‘We are stunned and in this kind of deep pain you can only hear about the kind of pain we have never felt before.’ Chrissy captioned the series of photos. She added: ‘We couldn’t stop the bleeding and give our baby the fluids he urgently needed, despite bag and bags of blood transfusions. It wasn’t just adequate.’

‘We have never agreed on baby names until the last moment after they are born, just before leaving the hospital. But for some reason, we started calling this little guy in the belly Jack. He will forever be Jack to us, especially as he worked so hard to be a part of our little family.’

Addressing their son, Chrissy continued: ‘We are sorry for the first few moments of your life met with numerous complications. And that we couldn’t give you the home you required to survive. We will forever love you. But we are thankful for the life we have and for our incredible babies Miles and Luna for the amazing things we’ve experienced together. Every day can’t be filled with sunshine.’

‘On this darkest of days, we will grieve and cry our eyes out. But again, we will hug and love each other while getting through it. Driving home from the hospital with no child. How can this be real?’ Chrissy stated.  John equally addressed the news and retweeted Chrissy’s note with a caption that reads: ‘We love you, Jack.’