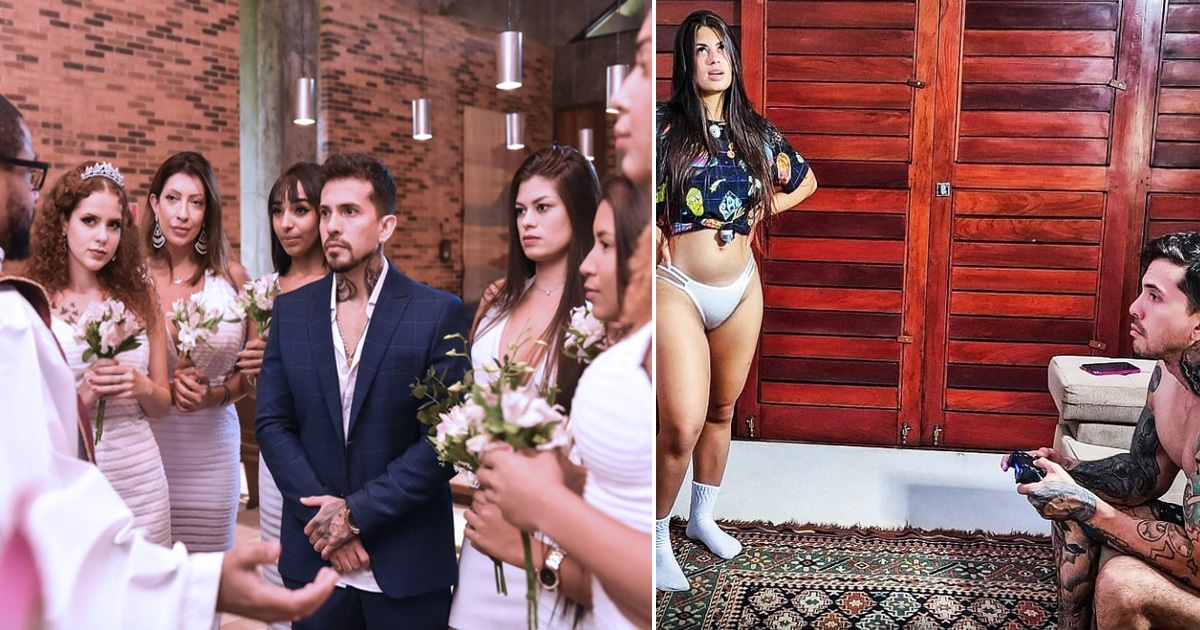 Brazilian model Arthur O Urso had just made the headline after bringing in 9 women together at once to marry into a Catholic church in São Paulo. This is his second marriage, as he was previously married to only his wife, Luana Kazaki.

Arthur made his protest against monogamy through the matrimony of more than two people.

Yet, this isn’t the first time Arthur’s liberal view of marriage and relationship has made a sensation.

Before the nine women, Arthur and his wife Luana already went viral when they made Cap D’Agde, a liberal French town, their honeymoon destination. The city has a controversial law prohibiting people from wearing clothes.

And that was just the perfect setting for the pair who loves stripping and enjoys the swingers’ lifestyle. They’ve also paraded around the world in the most liberal cities without clothes and added that it wasn’t enough.

Their love of stripping will continue as they shared, “We are going to travel around Europe and show the most liberal places in the world.”

During the pandemic, the pair has also become popular in giving out tips for other couples on staying intimate in the bedroom. The Brazilian couple shared, “We were able to inspire other couples to have sex in the pandemic. We teach everything through the platform, from different positions to even encouraging couples to go swinging.”

“Many did not know or were afraid of the techniques, but our tips made couples get closer at home.”