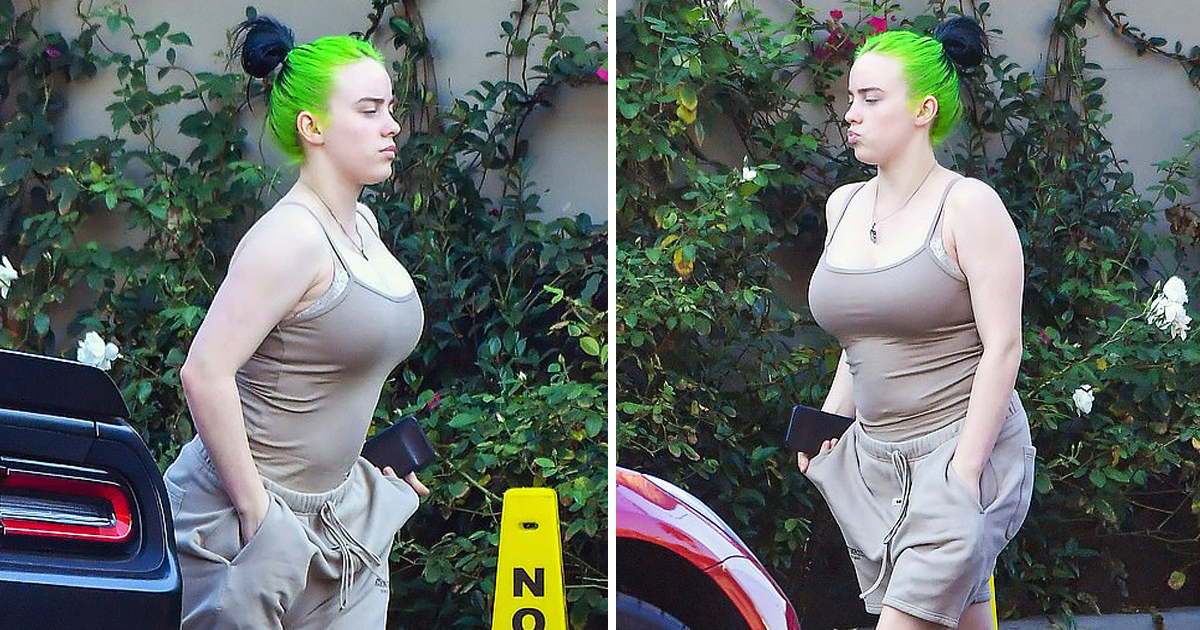 Billie Eilish Spotted Without Her Trademark Baggy Clothes In LA

The 18-year-old award winner who released debut studio album When We all ‘Fall Asleep, Where Do We Go?’ last year has recently made an appearance in public. And it was quite a refreshing look as she decided to ditch the baggy clothes as the weather was still warm enough.

She was wearing a nude tank-top, her signature green-and-black hair tied up in a bun, phone in hand. She also paired them with shorts and sandals with socks.

She marched out without makeup, seemingly running an errand with friends.

Her debut album ” sent the world in a storm as she won five Grammy Awards, two American Music Awards, three MTV Video Music Awards, and one Brit Award. Six of the songs are top hits, and Justin Bieber covers a remix of ‘Bad Guy.’

Her iconic look was baggy clothes that do not fittingly show her body shape when it comes to fashion. She also often appear in your typical hip teen looks, such as T-shirts and shorts with sneakers. The 18-year-old had publicly revealed that she feels uncomfortable in revealing clothes and receiving comments about her body.

Billie Eilish has been passionate about singing and received huge support from her parents Maggie Baird and Patrick O’Connell. Her first single, Ocean Eyes, was released in 2016 and an EP in the next year. She received multiple gold and platinum award before singing the James Bond track ‘No Time To Die’ that became the No. 1 single in the UK.