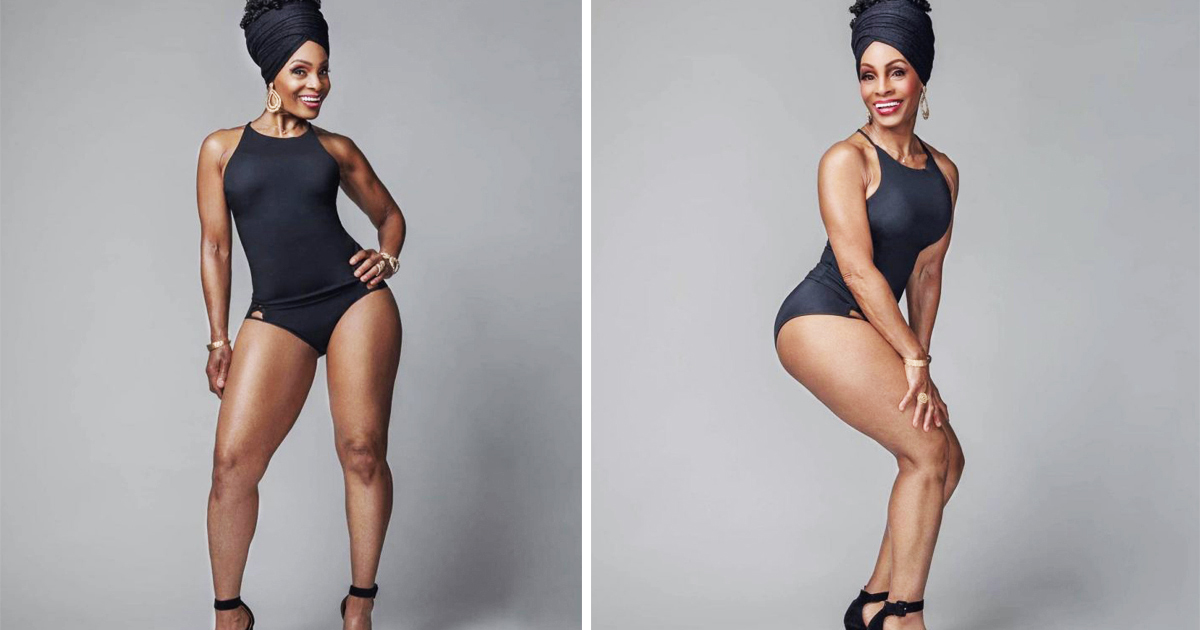 It’s about time we all realize that age is just a number. Vegan cook and owner of Stuff I Eat restaurant in Inglewood, California, has proved the above mentioned. She recently shared jaw-dropping photos on her Instagram to honor her birthday on December 7th.

Vegan cook and owner of Stuff I Eat restaurant in Inglewood, California, Babette Davis has proved age is just a number

70-Year-Old Babette Davis, who’s a grandma, has gone viral and received thousands of likes and questions hinged on the secrets behind her incredibly toned physique. The age-defying beauty came up the celebratory shoot after her daughter forwarded some old photos, making her realize she looks just as good as she did 30years ago.

Photographer Dino Mosley is to be applauded for the stunning photos. ‘I must have been in the early forties, maybe late thirties, and I noticed that I hadn’t changed very much aesthetically. I thought, well, for my 70th birthday. I am going to do a photoshoot in a bathing suit.’ Davis told Yahoo Life.

The photos were shared a day leading up to her birthday, and indeed, internet users couldn’t just get enough it. The grandma looks astonishing as she confidently models in a black tankini with cross cutouts on the bottoms. She equally matched the outfit with strappy heels, glamorous gold jewelry, and head wrap. The photos have been liked over 18K times and have received over 1000 comments.

Interestingly, Bebette is the co-host of a Facebook Live show titled: ‘Sunday Bites & Tidbits with Terrah Bennett Smith every Sunday

‘Seven at Seventy. As promised, I had my photo shoot, and I have seven great photos of myself at 70 in a bathing suit. I have decided along with my friend Michael Colyar to share one image every day until Monday, my actual birthday December 7!’ Davis captioned the photos.

Bebette looks just as good as she did 30years ago

She added: ‘I hope you enjoyed them. I had an awesome shoot with @dinomosleyphotography and my @shonicelove. Thank you for fixing my face. I love you both. I am blessed to have all of you to keep me motivated to appreciate the gift of life and movement.’ Expectedly, internet users reacted, and interestingly, Influencer Tabitha Brown said: ‘You look amazing! Love you.’

A second – Dr. Jenn Mann, the host of VH1’s Couple’s Therapy and Family Therapy, queried: ‘You are 70? You are my inspiration! I bow down to you #newgoals. With over 126K followers, Davis, on the other hand, uses her Instagram to encourage self-love, daily workout, a healthy vegan diet, and confidence. However, the grandma is the co-host of a Facebook Live show titled: ‘Sunday Bites & Tidbits with Terrah Bennett Smith every Sunday.