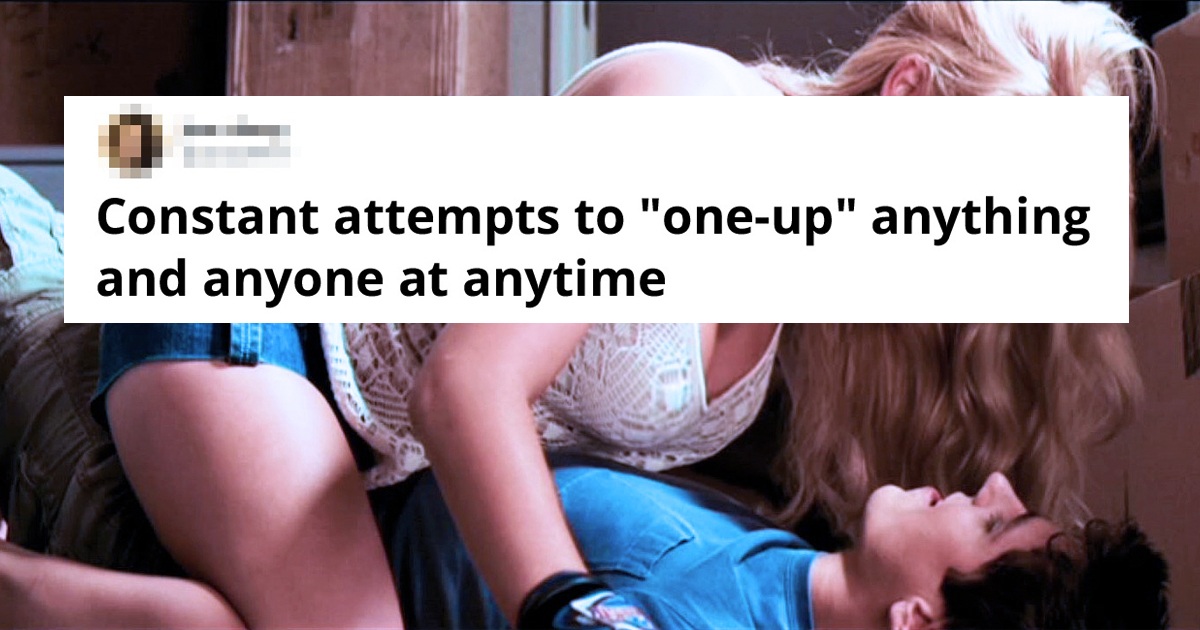 Toxic masculinity is an ancient disease that many men don’t realize they have. After watching a man driving with a ridiculous sticker to a grocery store that reads “Lions Not Sheep” and entered the premise without a mask, this Redditor decided to ask how others could see when a man feels insecure about their masculinity.

The answers are really ridiculous – some men would go through such lengths to show that they’re… men. Whether it’s because the media or their upbringing influenced them, hopefully, more men would realize that acting like these is simply ridiculous.

“Creates a nickname for himself.” – FaberGrad

“Over the top displays, or almost caricatures, of masculinity. Making an effort to communicate dominance, like the sticker you described (Lions Not Sheep).” – ryanb450

“Constant need to demean or put others down.” – Duffy1978

“Worrying about face and honor and fighting over it. I’ve never been in s fight. 99% of my friends have never been in a fight. None of my colleagues have ever been in a fight. Yet… you come across these f**kwits who seem to think that it’s normal. Quite often they complain about it. “Aw, I can barely leave my house without someone starting sh**.” In every single scenario, it is them who is the problem.” – Tundur

“Trying to dominate a conversation or activity for no reason/Being needlessly competitive.” – TheBookOfSeil

“My friend introduced me to a potential love interest of hers one evening. The conversation turned to what I look for in a guy and I said I like guys who own cats. The dude immediately cut me off and said, “I’m sorry, there’s nothing wrong with a woman who owns a cat, but there’s something wrong with a guy who does.” The next day my friend asked me what I thought of him and I told her he’s insecure.” – Mello-Knight

“Pretending to know something about a subject they don’t understand.” – bayswimmer23

“People online who post cringey graphics of a lion or the joker with an equally cringe quote next to it saying something along the lines of “followers work for other, the alpha works for themselves” with some dollar signs next to it. Or other similar “motivational woke” posts.” – dimdimthelesser

“Any guy who thinks the words alfa and beta mean anything in a social group.” – idc55342

“When someone gets upset over something as silly as the way another man enjoys his comfortable clothing, takes care of their body, or the way they like their vehicles.” – TurtleChickenFart

“If he claims to be an “alpha male” – dude, if you have to tell people (loudly and often) that you’re alpha, you are definitely not.” – jhope71

“If they think a beard equals a personality.” – trumpstinyd*ck666

“Aggression and violence. Many insecure men use tactics of intimidation or just plain old violence because they feel attacked by everything, can’t discuss like a normal grown-up, feel like it proves they are a “real man” etc. Often it’s about minor things which are no big deal at all and those are the guys that start fights everywhere. When there’s a fight at a club or at a party, it’s most likely not for a good reason. It’s because there’s a deeply insecure, fragile child in the body of a grown-up trying to prove he’s not a complete nutcase. The irony is that’s exactly what they do but many people don’t understand it and even give them their confirmation.” – DevilOuttaSpace

“When I was in the army we would definitely see people who were bullied in high school and decided to be “billy bad**s” and join the military then they would be teased and hazed a little as privates. But as soon as they got their own little team and a taste of power they would be the ones that made everyone’s lives much more miserable than they needed to be reveling in being the tormenter.” – eleazar1997

“Constant attempts to “one-up” anything and anyone at anytime.” – The_Obi-Wan

“Guys who brag about how much sex they have.” – vidrenz

“When he doesn’t let his girlfriend/wife wear sexy outfits in public.” – Darth_Xenic

“Insecure about himself: he’s middle age but constantly shares photos of himself in his “prime” such as football team, military uniform etc.” – weasel999

“Constantly looking for the need to brag about your wealth and physical prowess, especially on social media. I know a few dudes who define themselves by the amount of money they’ve made or how they’re better than everyone because they practice a certain martial art.” – Retro_Riven

“Judging people on their choice of shirt and vehicle.” – Comfortable_Storm_59

“Definitely show-offs. If you are easily insulted by things tied to lack of masculinity (secretly liking pink for example) then you have fragile masculinity. Normally, the truly masculine people are those that a true people. They don’t need reassurance, they show emotion and the idea of girly colors, smells, etc. do not exist.” – ArchangelDeltius

“The worst are guys who use hashtags on instagram like #realman, #realmen, #realmenhavebeards, #manly, #man, #men, #alphamale, #intelligent, #smart, etc. I’m like dude, I’ve never seen a confident masculine man ever once use shit like that. If you have to tell the world you’re a “real man”, or how “intelligent” or “alpha”, you are… you aren’t.” – Nickolai808

“Here are some that I’ve seen: 1. Constant need to be in a relationship or have a “girlfriend” no matter how he feels about her. 2. Guys who talk shit about women who speak up or needlessly call them names 3. Guys who are uncomfortable being CLOSE emotionally or physically around other men in fear of being gay or emasculated. Also, just trust your gut around people. Everyone has insecurities but there’s a fine line as to when it’s a part of people verses when people are a part of them.” – riripaanda

“Always fighting to be right no matter what, even if someone obviously knows what they are talking about.” – Beccaaaaaalolz

“The only sign I can think of is going out of your way to prove that you are not insecure about your masculinity and/or yourself in general. Secure people aren’t looking to be validated for being secure.” – Plebe-Uchiha

“When he’s not supportive of the other men in his life. A truly masculine man loves and supports his brothers and celebrates their achievement. An insecure man brings others down to prove he’s on top.” – Vega3gx

“Trying to crush your hand when they shake it. Usually accompanied by fixing you with what they think is an intimidating stare.” – J8766557