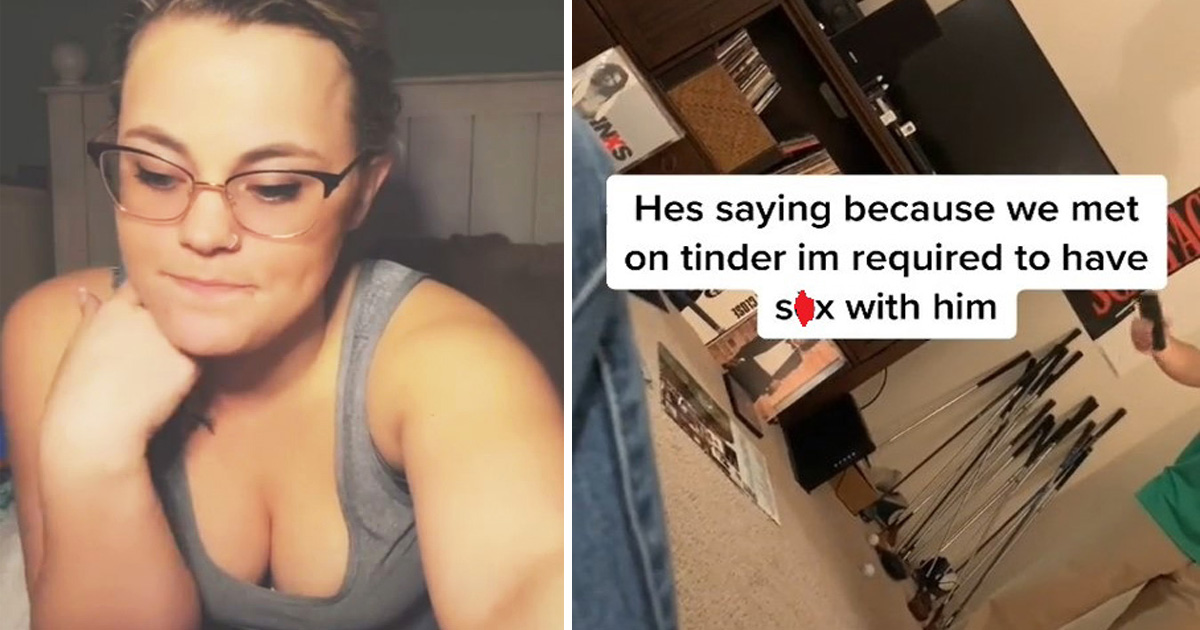 Woman Shares How A Man Shamed Her For Refusing To Sleep With Him, And It Goes Viral

It’s so hard to accept ‘no’ as an answer for some people. It’s as if their whole life, they’ve never been taught that people can and will refuse them. “You swiped right for me!”

That’s the situation Madison was faced with. The 25-year-old shared a TikTok video, which made the blood of many women boiled.

The woman is an active TikTok user and is a survivor of worse things.

She met up with a man that she matched up with on Tinder. They planned for a dinner date, but it somehow changed to a movie night and she thought that’s all there was to it. But when they got there, he tried to make advances and she refused, which led to the TikTok video she secretly filmed and shared later.

The man kept convincing her that Tinder was used so people could sleep, and “that’s how adults date.” Madison replied, “In your bio, you need to say, ‘Hey, I’m just trying to f***.'”

But he replied that if he does that, nobody will want to match up with him. To which Madison replied as she raised her voice that he has no right to be pissed off if a girl refuses to sleep with him after getting pulled into his apartment.

She called her out on his ‘toxic masculinity’ which he refused to admit. Instead, he’s arguing that he was “trying to save her.”

After the argument, her matchup went to get a seat and she promptly stood up. By now, she’s already ordered her Uber which would take 15 minutes because she found out her friends won’t be able to get there as fast. While she headed for the door, the guy approached her and said this is how women get the ‘R’ word.

She realized that it was high time she needed to get out. She’s been in a worse situation, which explains her calm demeanor. He offered to drive her home, but she obviously refused. She spent 10 minutes waiting at the front door of the apartment for her ride.

The positive side of this whole experience was meeting the Uber driver who, despite the language barrier, told her that she deserved better. Madison described that he was such a sweet driver who’s also a parent to a boy and a girl her age.

“He got off with nothing,” Madison concluded. The company with whom the man was related closed their comment section and Madison never heard back on what they decided to do to him.

Madison got home safe and sound. She’s a survivor of many worse things which helped her remain calm in that situation.

This isn’t okay; people are MAD!