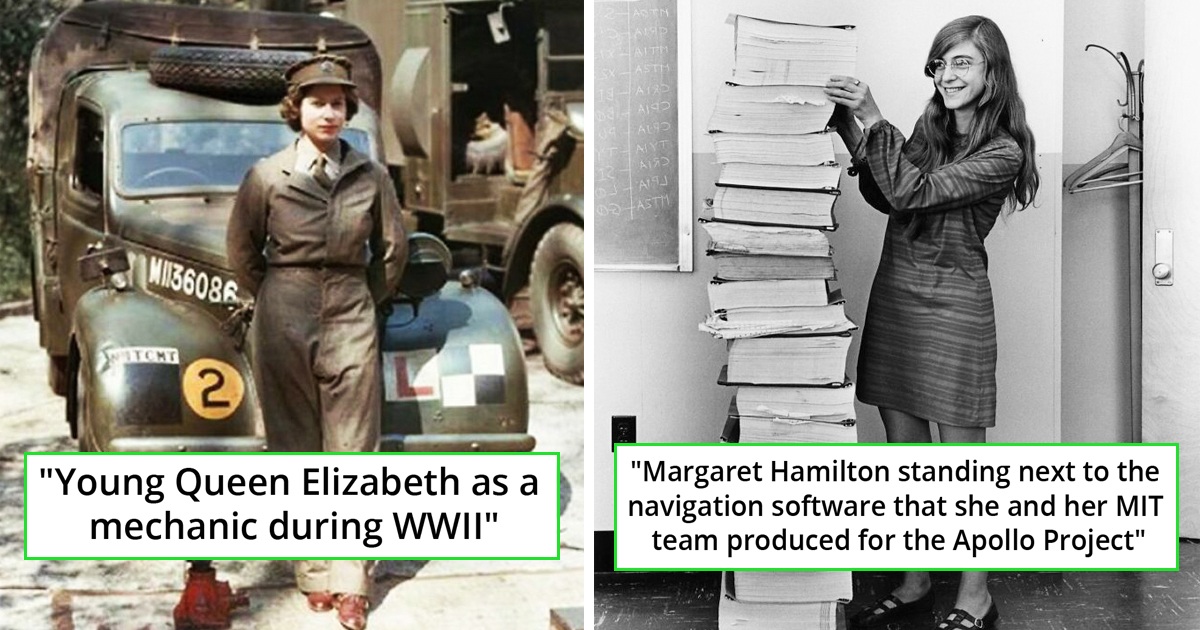 How many people can tell you that they are proud of how history has turned out? World War I and World War II taught us just how destructive greed for power and money could be. When people cannot cope with and accept themselves and others for who they are, they begin to seek ways to eliminate things they don’t like.

It might have sounded like a child’s tantrum, but put that in the body of a powerful German leader with absolute followers who are willing to die for his twisted ideals, you get these endless battles and wars. History is more than just about learning who our previous presidents were – it’s about learning from past mistakes.

From the horrendous, heartbreaking images of war to wholesome and heartwarming proclamations of love, we know you’ll love each and every one of them.

“Anne Frank’s father Otto, revisiting the attic where they hid from the Nazis. He was the only surviving family member. (1960)”

“A German soldier returns home only to find his family no longer there. Frankfurt, 1946 – by Tony Vaccaro.”

“Princess Diana shakes hands with an AIDS patient without gloves, 1991.”

Some of you probably have seen some of these old pictures in black & white. Yes, the original films of these pictures were in B&W, but they were rather digitally colorized with the help of computer software. Professional technicians will take a copy of the film, convert it into a digital file, and allow the software to make out the colors of the objects.

“Charles Thompson greets his new classmates at Public School No. 27 in September 1954, less than four months after the Supreme Court ruled that racial segregation was unconstitutional. Charles was the only African-American child in the school. Photo by Richard Stacks for the Baltimore Sun.”

“Statue of David by Michelangelo, encased in bricks to prevent damage from bombs, during WWII.”

“Jewish prisoners after being liberated from a death train, 1945.”

“The Nine Sovereigns at Windsor for the funeral of King Edward VII.”

“A hired reader reads to cigar makers hard at work in Cuban cigar factory (ca. 1900-1910). Because many cigar factory employees were illiterate lectors were hired to read novels, poetry, nonfiction works, and newspapers determined by consensus.”

“A man arrested for cross-dressing emerging from a police van, New York, 1939.”

“A man rides a bus in Durban, meant for white passengers only, in resistance to South Africa’s apartheid policies, 1986.”

“An American soldier cradles a wounded Japanese boy and shelters him from the rain in the cockpit of an airplane during the Battle of Saipan while waiting to transport the youngster to a field hospital. July, 1944.”

“A policeman in San Francisco scolds a man for not wearing a mask during the 1918 Influenza Pandemic, 1918.”

The first picture ever posted on the internet was in 1992 by Tim Berners-Lee. It was a picture of Les Horribles Cernettes, a comedy band. This was part of Tim’s project at CERN Laboratory Switzerland when WWW (World Wide Web) was still developing. This is almost 100 years after the first film role was introduced to humankind.

“Ruby Bridges, the first African-American to attend a white elementary school in the deep South, 1960.”

“When Nazis asked Lepa Radic who were her ‘accomplices’ before they hanged her, she responded: ‘you’ll know them when they come to avenge me.’ A young Serbian girl was hanged at the age of 17 near Gradiska in 1943. During the battle of Kozara, she lost her father, brother (15), and uncle.”

“Margaret Hamilton standing next to the navigation software that she and her MIT team produced for the Apollo Project.”

“Incredible photograph of a German soldier going against direct orders to help a young boy cross the newly formed Berlin Wall after being separated from his family, 1961.”

Mugshot of Rosa Park after she was arrested in February 1956.

“In 1969, when black Americans were still prevented from swimming alongside whites, Mr. Rogers decided to invite Officer Clemmons to join him and cool his feet in a pool, breaking a well-known color barrier.”

“‘The Drunk Basket.’ In the 1960s, bars in Istanbul would hire someone to carry drunk people back to their homes.”

“David Isom, 19, broke the color line in a segregated pool in Florida on June 8, 1958, which resulted in officials closing the facility.”

Today, we are often taking pictures and camera for granted. Smartphones nowadays are equipped with decent digital cameras able to do multiple functions within a few clicks. There are also third-party apps that allow you to edit and adjust pictures right on the phone. Professionals would prefer to move their projects to a computer or Mac to get their jobs done.

Words on books and scrolls were how people used to pass down stories and facts. But pictures provide proof that no words could compare, and they’re factual. This is just one of the many ways pictures have changed the course of history.

“Young Queen Elizabeth as a mechanic during WWII.”

“Russian inmate points an identifying and accusing finger at a Nazi guard who was especially cruel towards the prisoners in Buchenwald camp.”

“A Serbian soldier sleeps with his father who came to visit him on the front line near Belgrade, 1914/1915.”

“WWI. A Canadian soldier tries to comfort a little Belgian baby, who was hurt and whose mother was killed by an artillery shell. November 1918.”

So much power and the message conveyed by the people that are photographed and the bravery of the people who took these cameras to get these pictures.