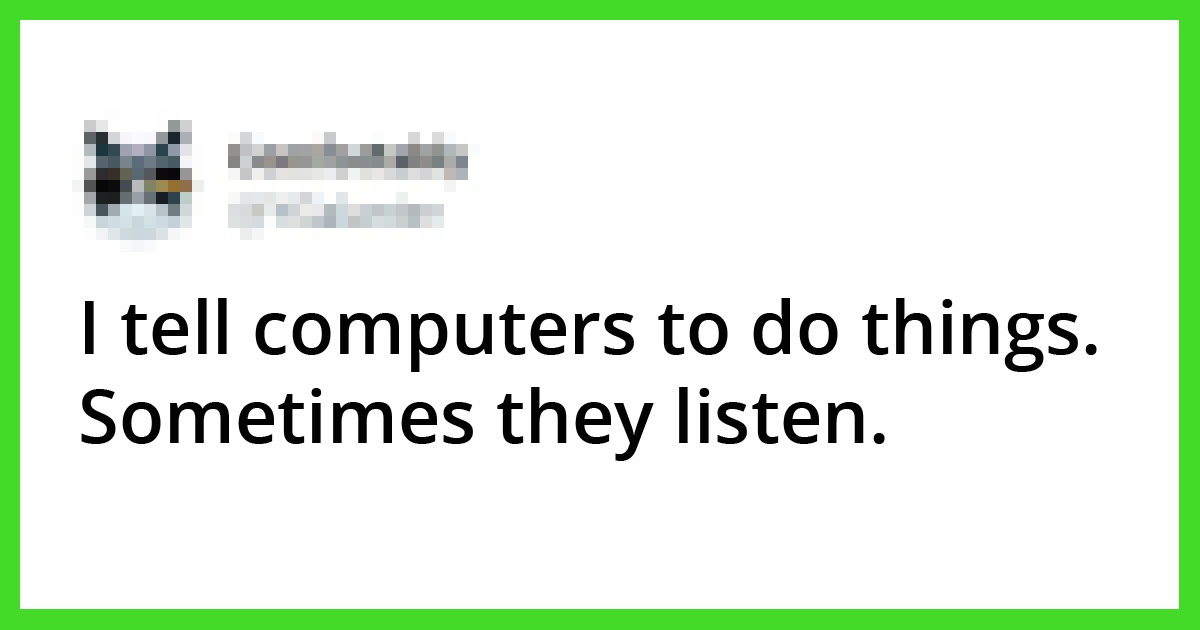 Some of us get really defensive when asked about our job. No, it’s not illegal, and we make honest money. But for personal reasons, we really don’t feel like explaining further than saying it’s in the entertainment industry or a desk job. Having to explain what we do in specifics (as family members tend to make us do) really catches us off guard.

So, Jeremy Padawer wants to switch things around. Can you explain your job in the most absurd way ever? It appears that Twitter users really love making hilarious replies about their job and we know you will, too!

When asked about your job, what was your first feeling about it? Different people will have different reactions, but what you might not notice is how that differs based on your career ladder. Connor Manning who works as a museum attendant in Los Angeles said, “It’s a way to see how people are doing in comparison to yourself.”

Line them up and screw some metals in.

There is an impostor among us.

Try to convince people not to die.

It appears that many people of LA also hate the question, despite that being a very normal question to ask when you get to know someone. However, millennials and gen Zs are finally now questioning whether it’s really important to inquire about this.

“The problem arises when we identify ourselves by our jobs, and even more so when people identify others by their jobs,” Justin Norman wrote in his blog. “The sum of all parts is my identity. I don’t know how to assign a label to myself, or how to answer the question concisely,” he added.

I have no idea, but I think you’ll be fine.

While preserving the language.

Load people in a truck.

Teach kids how to survive.

What do you mean? This is my expertise!

Divert people to a better life.

Shout and flounce in front of strangers.

Rather than asking someone what they do for a living, try asking something else! Ask what books they’ve recently read, what ideas they’ve got recently, any new hobbies or activities, plans for the future, etc. When you get to know to people, these are the questions that will really help you.