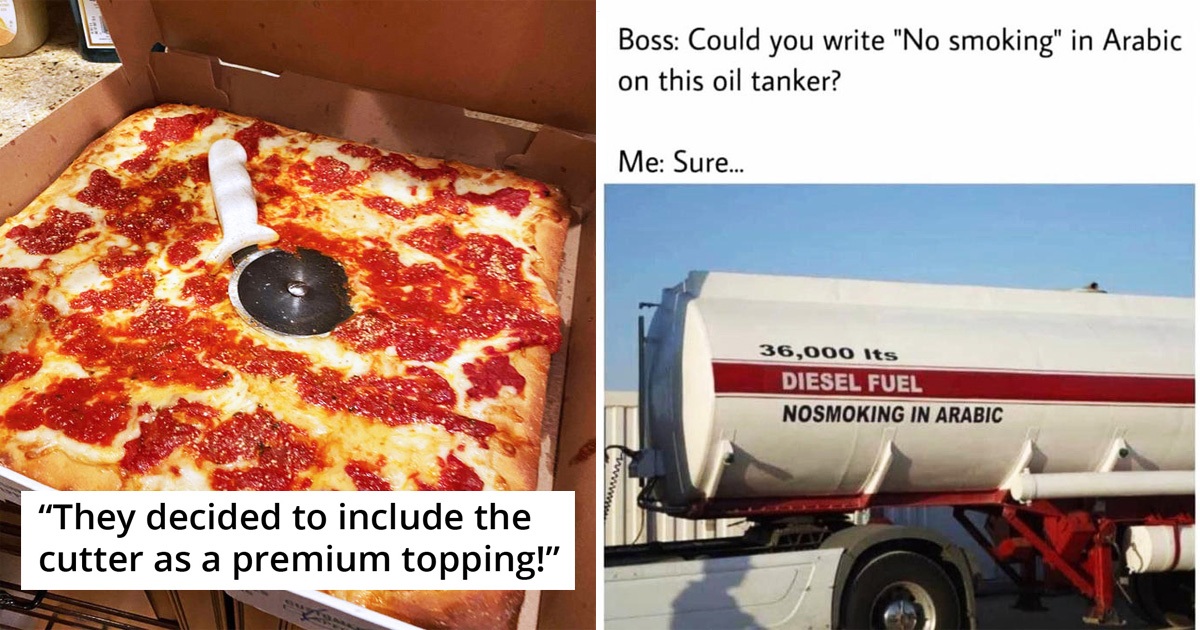 30 Hilarious Times People Failed At The One Job They Had

Nobody cracked the ‘you had one job’ line better than when Loki got a surprise visit from his step-brother. How about some of this meme in real life? These people were assigned for the very job that their name represents, yet, they fail at it. They are way too hilarious to not share for the world to see, as did these people on r/OneJob.

People make mistakes all the time. Failing on the job that you were paid for is quite a punch to your career, so hopefully, they learned something. The kind of classic that is still so relevant even today.

The thought process that goes into this.

We’re all curious as well.

That wasn’t a question.

Yeah, this dad would be elated.

Wrote the ‘no smoking in Arabic’ boss.

They always forget the mirror.

Kill ’em with the song.

The one thing he swore to never become.

I’ll do that when you learn to spell.

Not meant to be political, this is just plain hilarious.

You had one job.

Turn left, although they forbid it.

Which pizza house provides the cutter along with your food?

Apparently, won’t be saving yours.

Do you speak Brazil? Spain? Finland?

You don’t matter, give up.

Some of us can’t stand kids, but to this extend…