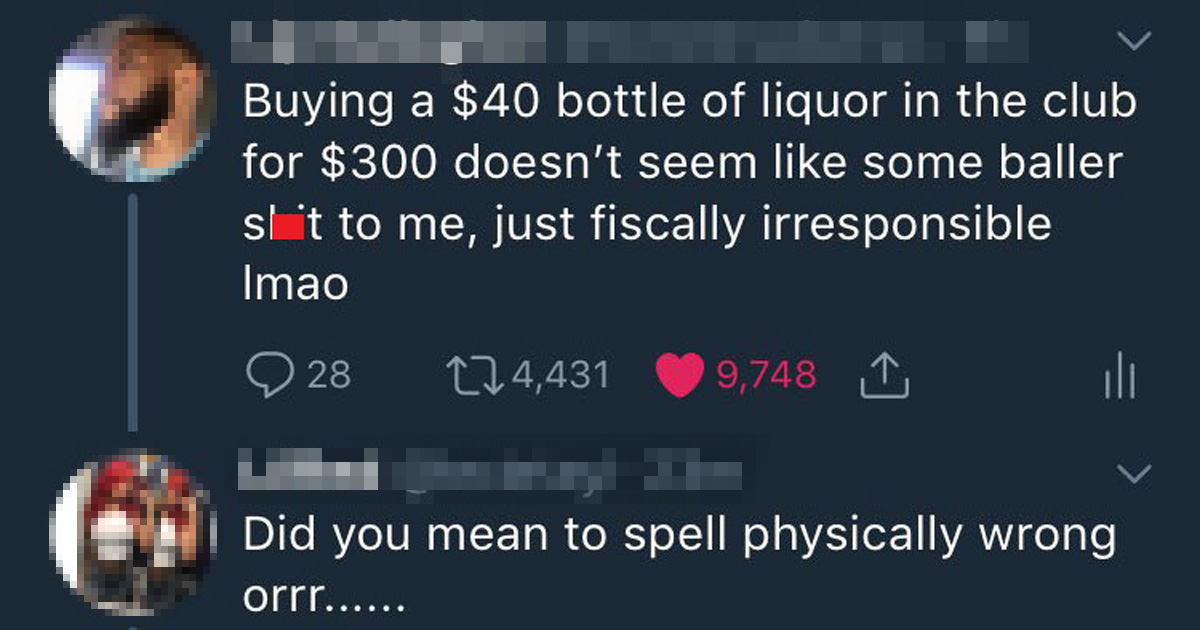 30 Of The Dumbest Things People Ever Spewed Out

The world is filled with all kinds of people, both smart and less than your average smart ones. But yes, we make that kind of stupid mistakes at times, confusing left and right, forgetting words for some stuff we want to say, etc. But some got pretty dumb moments when they decided to tweet before they think.

Well, now that these records are out there, we’ll be forever having good laughs when we realize there are still dumber people out there.

This is why you learn math combined with common sense.

Well… someone skipped his biology class.

Learn something new every day.

Mixed up two of the greatest artists ever.

Why would they… nevermind.

Seriously, we’re talking about this now?

Well… as long as message is delivered.

Your math skill is crazy.