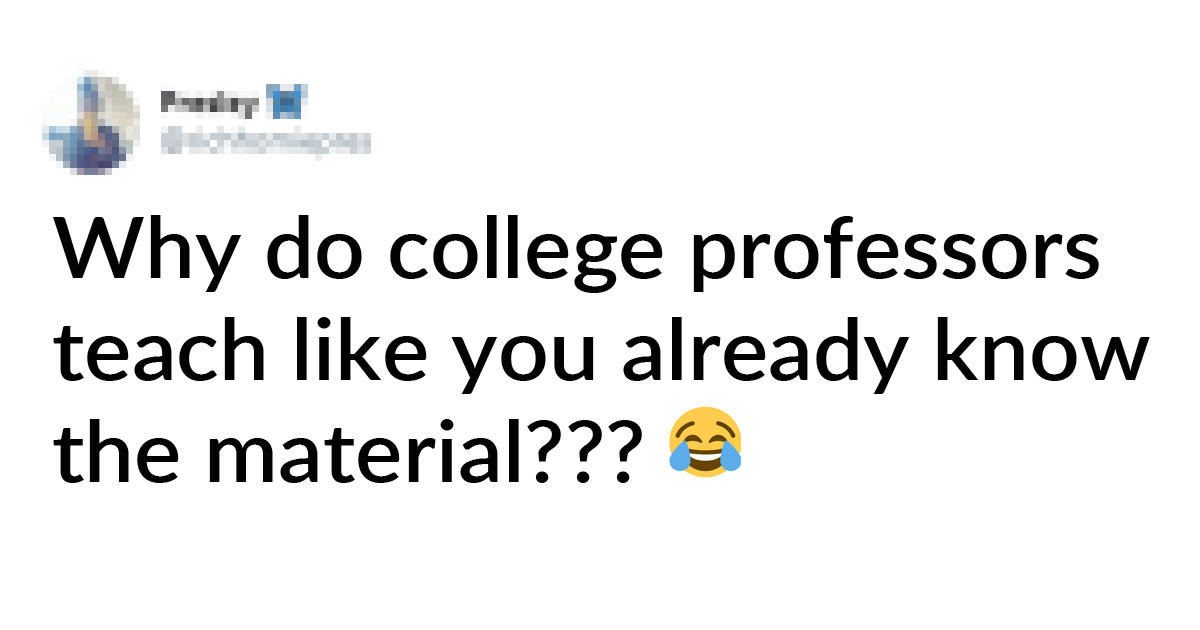 It’s really easy to just say that students chose to be in college which they did. But most of these ‘professors’ never really think about the why and the situations the students were in. A lot of us paid $60k a year because we are scared of a future where we can’t find a proper job as a proper adult. So, when we had to be late for class or seemed to be preoccupied with our smartphone, we mostly were just either bored or had an actual life outside your class.

Respect goes both ways and it definitely does not begin with getting locked out of a classroom.

I paid for this and I’ve passed the test. What else you want?

Just get on with it.

If I did, I probably won’t be here anymore.

They even act like we take their class willingly, not because we’re forced to.

A majority of us just want to get this over with.

Possibly their way of marking, but still, why though?

You’re still getting paid. If people can attend online classes and still pass, why…?

This isn’t the theater.

What does attendance mean to you?

They never really mean it.

Just send me the slides, I’ll read them at home.

Yeah, we’ll see about that.

Especially when it’s on silent mode.