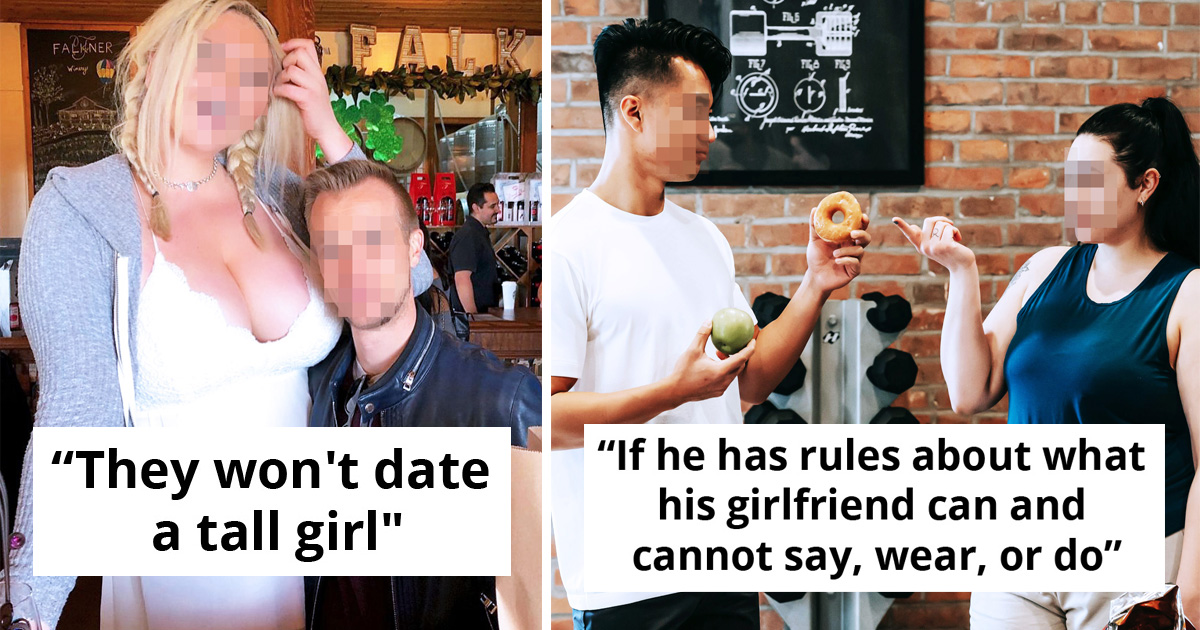 17 People Share How You Can Detect Men With Insecure Masculinity

It’s toxic, people. Being masculine shouldn’t mean that you cannot like certain celebrities, songs, or even entertainment that are otherwise fine. Because of how they were raised, it appears that some men were illusioned that they are ‘alphas’ and a species above women.

Richard shares his first observation on how insecure men act: “As soon as a man refers to himself as an alpha…”

Richard is a journalist and active content creator with more than 324k followers on TikTok. He invites others to stitch the video and shares what they think men who are insecure about their masculinity do or say to show that.

“It’s not the word ‘b***,’ it’s the delivery of the word. Both might offend somebody, but one sound more insecure than the other.” – jordanmure

“When they’re always ready to fight someone for no apparent reason.” – _itsjust_camm

“If he has rules about what his girlfriend can and cannot say, wear, or do, insecure.” – basicminiwheats

“Refer to themselves as ‘super straight.'” – reggieherold

“Anytime a man has anything to say about male K-Pop idols — especially when it relates to either, “They don’t look like ‘real men,'” or ‘They look like girls.'” – multistan79

“Use the phrase, “I hope she sees this, bro” whenever they see a man vocally supporting a woman.” – reggieherold

“When he asks you how many sexual partners you’ve had, and you’re not even intimate with him yet. Major red flag.” – basicminiwheats

“Referring to other men as ‘simps’ whenever they see them vocally supporting a woman.“ – reggieherold

“If someone offers him a White Claw and they’re like, “I only like sh**ty beer.” You’re so tough because you pretend you don’t like the taste of black cherry.” – cwelz_

“I see this all the time with my young male students. It always comes in the form of not liking things. It’s not that they actually don’t like the things… whether that’s anime or female artists. They won’t like it because they think that there’s gonna be a social consequence from them saying they like it.” – fullstripe

“Someone who gets off on hating everything and constantly projecting toughness. I was like that when I was, like, 15, and my entire personality was a device to try and convince people I was tough in some way. Like, if a new song came out, I had to assert that it was terrible. As an adult, you meet these guys and it’s just so exhausting.” – cwelz_

“If he says, “Periods are gross,” major red-flag.” – basicminiwheats

“When a man’s partner… is paying his ‘John Thomas’ a visit, and she comes up to give him a kiss, and he has the “gall,” the audacity to outright reject her, be disgusted and off-put by her kiss.” – daddymacduff

“My ex-boyfriend wore these boots. They were a size 13. They got all f***ed up. So I got him a new pair. He got all excited. I’m a mom, so I can’t just give you new boots; I’ve got to check to see if they fit. You know, like (pushing on the edge of the shoes to find toes), ‘Where’s your toe?’ to see if it fits right. Well, he wore a size 8-and-a-half. He would walk around in size 13 pair of boots because someone might think something of his little feet. Yes, he was toxic.” – nazcanukagirl

“Upon meeting a gay man, say any variation of the words, “Hey, man, I respect your life choices. Just don’t hit on me, okay?”” – reggieherold