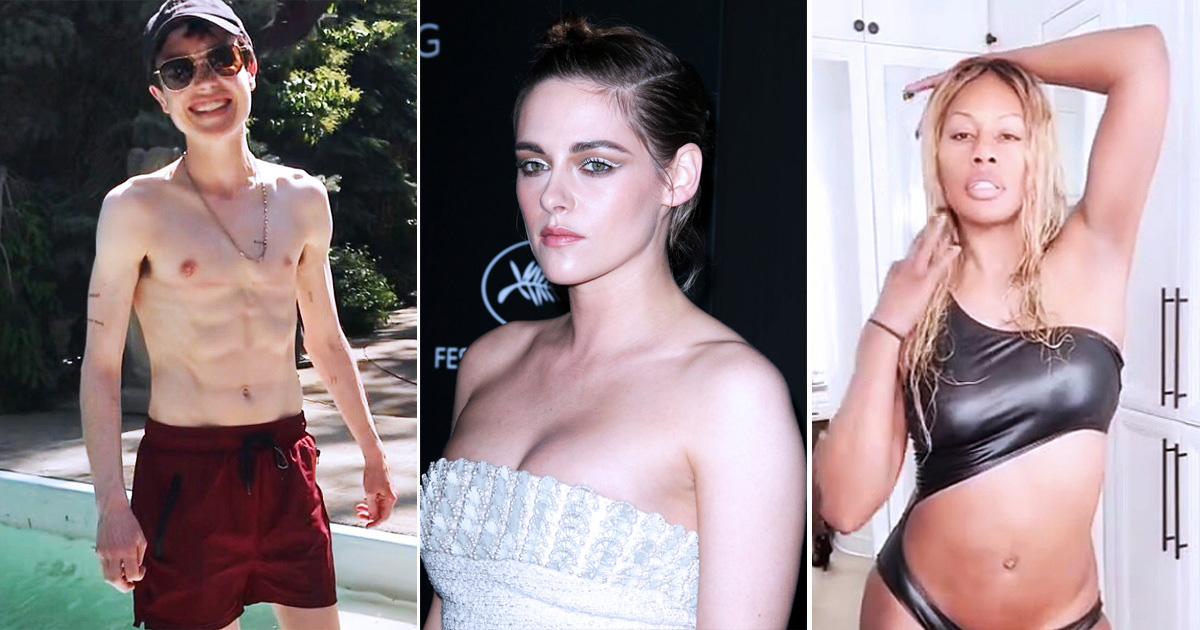 11 Stories Of Celebrities Who Came Out To The Public

It’s easy to be trapped in the identity you brought with you when you entered the entertainment industry. Most fans refuse to see changes because don’t you hate it when your favorite sandwich was suddenly made differently?

But these celebrities didn’t let those things hold them back. Many of them decided to come out to the public and found themselves. It’s a time when people are starting to accept queer identities, whether non-binary, pansexual, or even asexual.

When asked about her relationship with Janelle Monáe, Tessa Thompson finally revealed that she’s bi in 2018. Clarifying her feelings about the rumors, she said that they “love each other deeply.” She doesn’t mind if people speculated that they were indeed in a romantic relationship or not.

She grew up homophobic without knowing it. But on a podcast while talking with Gwenyth Paltrow she admitted, “There is still a part of me where I’m like, ‘Oh, I wish I could just be straight.’ There is still that side to it. It is really complicated. But actually, that was the part of me that I love so much and accept.”

Kristen Stewart who once dated her co-star in ‘Twilight’ came out about her sexuality when addressing tweets about her. She felt “so gay” and thinks that sexuality is a very grey subject.

‘Juno’ actor Elliot Page came out as a trans at the end of 2020. Previously, he came out as gay in 2014 and was married to Emma Porter until earlier this year. He changed his pronoun to he/they and recently, just had to proudly share his topless body at the pool with a smile.

Ricky Martin came out in 2010 and later spoke about how he once questioned if he had wanted to be like Elton John or actually liked him. He added that he felt “warm, loving, comforting… just emotions” whenever he saw the legendary singer.

The ‘Wrecking Ball’ singer called herself pansexual in 2015. The ex-wife of Liam Hemsworth also revealed that she doesn’t like being called bisexual and never looked at someone as either a boy or a girl.

Sarah Poulson accidentally came out when she kissed then-girlfriend Cherry Jones during Tony Awards in 2005. However, she refuses to be called a hetero just because she’s dated men before or strictly lesbian now.

Lil Nas X did not have a plan to come out of the closet. But finally, on Pride Month 2019, he came out because nothing was holding him back anymore. He also encouraged fans to listen to ‘C7osure’ that reflected his feelings about finally being out.

Teen celebrity Jojo Siwa came out as gay on social media at the beginning of this year. The teen singer came out while lip-syncing to Lady Gaga’s ‘Born This Way’ on TikTok. She later confirmed it on her social media platforms.

Laverne Cox first came out as gay while she was still in art school. Her mom freaked out on her first coming out, but after she came out again as a trans, her mom was taking it much easier. She still has problem with her pronoun, but that was all.

Sam Smith, who came out as gay in 2014, continued to reveal that they identified as non-binary in 2019. They admitted that they were not always comfortable as a man, especially when they were standing between being a man or a woman. They also gratefully thank their mom, who felt “relieved” when they finally found their identity.