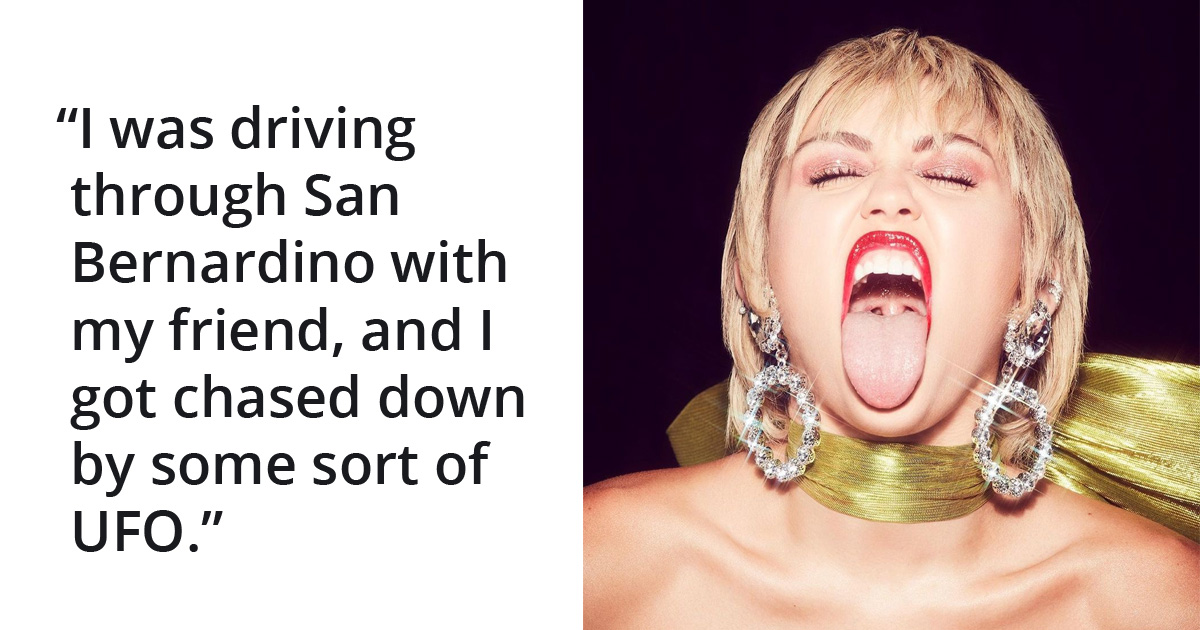 Miley Cyrus Claims She’s Had An Encounter With Aliens

‘Wrecking Ball’ singer Miley Cyrus made a big reveal about her ongoing project. She’s now working on covers of Metallica’s songs, seemingly to make a tribute to the legendary band.

In 2017, the celebrity covered Metallica’s ‘Nothing Else Matters’ at her concert in Glastonbury in 2019. During her chat with Rick Owens on Interview, Miley said, “We’re so lucky to be able to continue to work on our art during all of this. At first, it felt uninspiring, and now I’ve been totally ignited.”

Metallica is a band with nine Grammy Awards. The band most recent studio album made it to the top number one on Billboard 200 for the sixth consecutive time. Their latest live album ‘S&M2’ was also very well-received after the tickets for the 3-day concert with San Francisco Symphony’s sold out.

The band is holding it’s second ‘Helping Hands Concert & Auction’ on November 14, 2020. The profit of the live-streaming event will go to their foundation ‘All Within My Hands’

The chat also later progressed to the Miasking Owen a question about his belief in terrestrial beings. She then said, “I had an experience, actually.”

“I was driving through San Bernardino with my friend, and I got chased down by some UFO. I’m pretty sure about what I saw,” she continued. “But I’d also bought weed wax from a guy in a van in front of a taco shop so that it could have been the weed wax.”

“But the best way to describe it is a flying snowplow. It had this big plow in front of it and was glowing yellow. I did see it flying, and my friend saw it, too. There were a couple of other cars on the road, and they also stopped to look, so I think what I saw was real.”

She also described the incident to have ‘shaken her up.’ For five days, she wasn’t able to look up to the sky the same anymore, and then she saw something sat in front of that thing. The creature made eye contact with her, and she was confused.