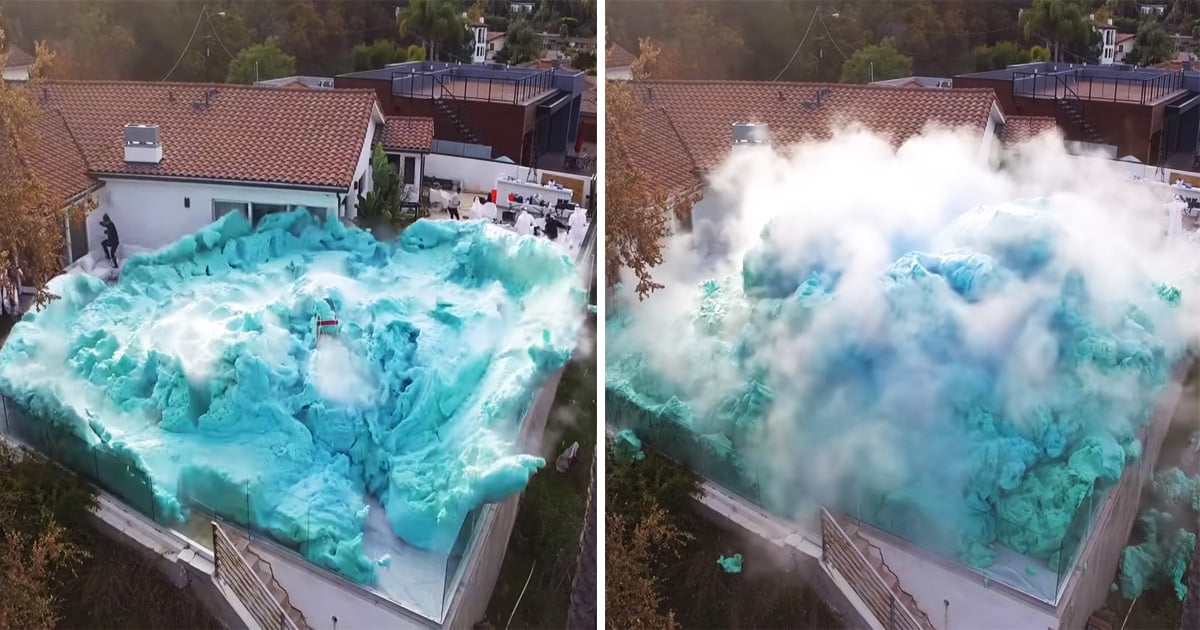 YouTubers Create World’s Biggest Ever ‘Foam Volcano’ In Their Backyard

Their first attempt was impressive and became a viral video on TikTok, basically 4th most-watched video there. But these science nerds couldn’t stand the drama that was revolving with people questioning was it really a record-breaking experiment?

So, here they are. Blasting their backyard with foams in the world’s biggest ‘Elephant toothpaste experience’.

YouTubers Nick Uhas and David Dobrik tried to outdo an experiment by another YouTuber, Mark Rober, who did a similar experiment. Nick uploaded his video, first explaining how the record is set, materials that are used and why different catalysts serve different results and side-effects.

Before the experiment started, Nick said that they have about 1 second before the mixture ‘explodes’.

The materials involved: hydrogen peroxide, adding soap and food coloring dye and finally, the catalyst which rapidly decomposes the hydrogen peroxide. Other YouTubers were shown using yeast, which slowed down the decomposition and causes the foam to burst before it could reach its maximum amount.

Meanwhile in this video, in order to dispel any doubts of whether it’s the biggest, the team decided to just go totally big.

The result? Oxygen gas is trapped within the soap, creating huge bubbles as much as 200 cubic meters.

Just imagine seeing one of this huge blob of foam casually floating while you look out the window from your office. Just another day in LA! This eco-friendly mixture will not damage anything or any plant that it touches, except that you cannot touch the peroxide before it’s mixed in.

Watch the full footage below!