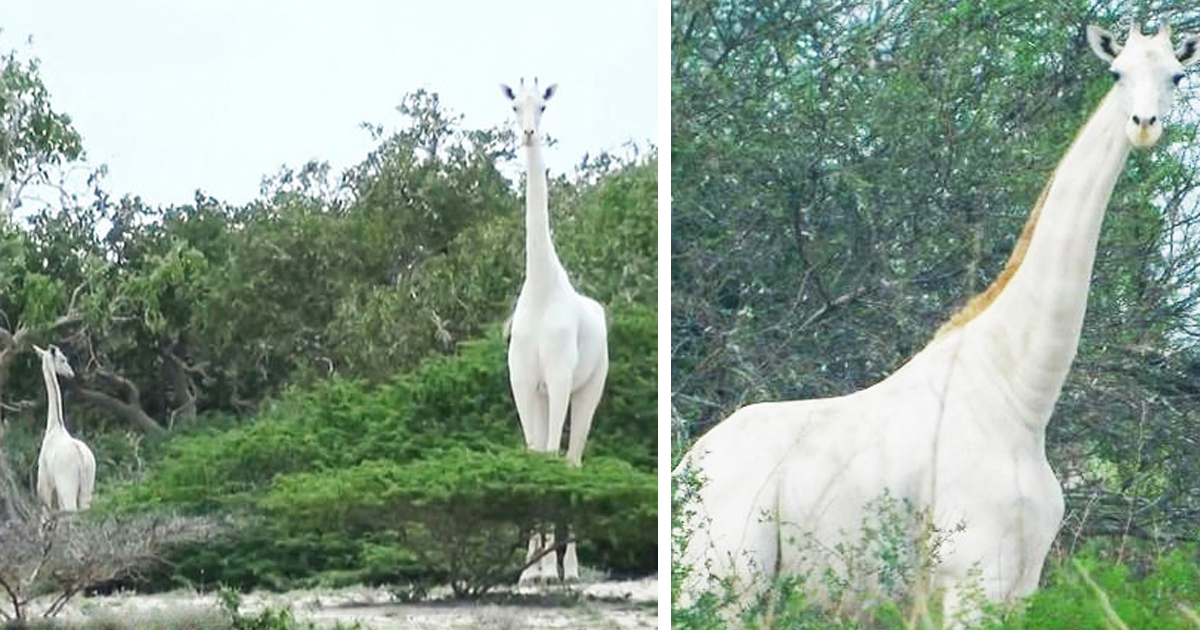 A sad news from Kenya came from a rare family of giraffe. Existing within the family of rare animal mutations, the only female white giraffe has been killed by poachers along with one of her normal calf. The statement from Ishaqbini Hirola Community Conservancy explained that their bodies were found in a skeletal state.

This leaves only one other white giraffe, a male who was the offspring of the dead female. The manager of the conservancy Mohammed Ahmednoor explained, “We are the only community in the world who are custodians of the white giraffe. Its killing is a blow to tremendous steps taken by the community to conserve rare and unique species and a wake-up call for continued support to conservation efforts.”

The death of the giraffe means all the research and studies conducted on the rare genetic mutation of the giraffe has gone down the drain. He added, “Further to this the white giraffe was a big boost to tourism in the area.”

The pale white look on this giraffe is not caused by albinism and they were only found in 2017. It is a rare condition called leucism which is characterized by dark eyes.

Previously, there have been reports of sighting of a similar giraffe in Tanzania’s Tarangire National Park back in 2016. But it was unknown what kind of fate befell the giraffe and the male calf of the dead white giraffe in Kenya is the only one known to be left in the world.