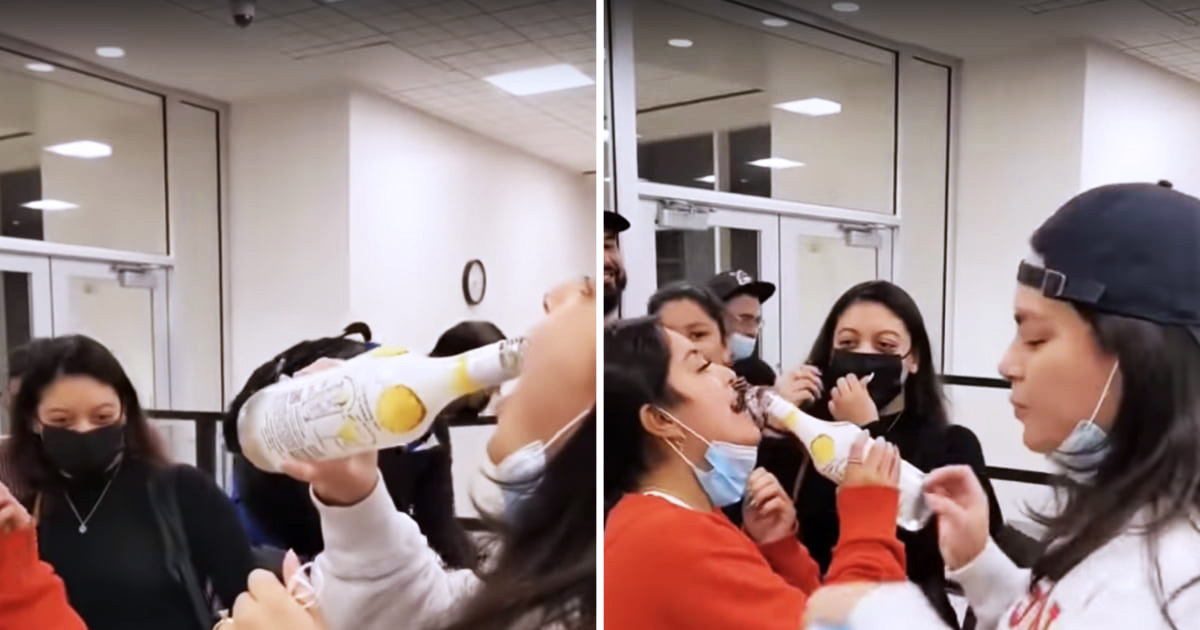 Two women shared free vodka and rum with the passengers at the US airport after the security told them that the bottles wouldn’t be going on board with them. News18 reported that they weren’t willing to see the booze go to waste and decided not to let that happen.

The now-gone TikTok clip went viral like crazy, originally shared by one of the women at @latinnbella.

The women were headed for Miami, Florida, but had somehow brought two bottles of alcohol which broke the TSA (Transportation Security Administration) law of only 100 ml liquid allowed. The securities had a crack at the women’s impromptu booze party to prevent the vodka from going to waste.

It looked like they were sharing a bottle of Ciroc vodka and pineapple Malibu rum.

She captioned her TikTok clip, “They didn’t let us take our bottles through check-in, so we gave shots to everyone in line.” Everyone was chuckling at the chaotic moment, but you can’t lie that you’ve had moments when you just feel sad to see things thrown away before a flight and hoped they’d share with everyone else!

One joked, “I can’t believe they are allowing this kind of behavior at the airport and I am even disappointed I wasn’t there to participate!”

Another pointed out hilarious, “The fact they are taking off their masks to drink from the same bottle. I guess alcohol sanitizes everything.”