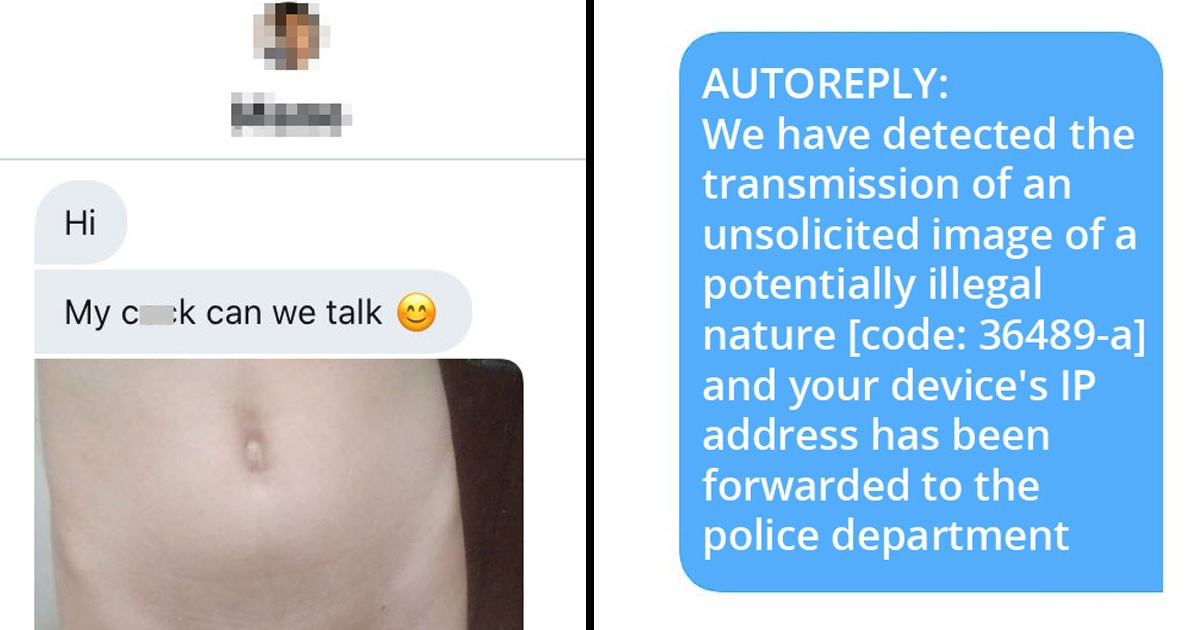 Why, people, why send unsolicited pictures to people you don’t know? No, really, even to people you know, you don’t just send things like this without their permission. No one in their right mind will be happy about it aside from the select few unless you prefer those cuckoo ones in mental hospitals.

Alexandra Kuri of North Yorkshire, England, received another unsolicited picture. But this time, she’s armed with an epic response to the picture and it sent everyone laughing hard when she posted it on Twitter.

Alexandra Kuri does not like this unsolicited picture from Mano.

But she knows well how to deal with him.

Almost 720k people likes and over 78k retweets with so many women wanting a text copy of that reply. This shows just how common such rude and traumatic things happen to people – those pictures you don’t really forget and can be pretty shocking.

There are also some who prefer to make fun of the sender, belittling the action in hope it will deter them from ever sending one to anyone again. There are also suggestions of asking politely the reason and making the sender explain themselves.

These people shared their own similar experience and honestly, what’s wrong with these men?