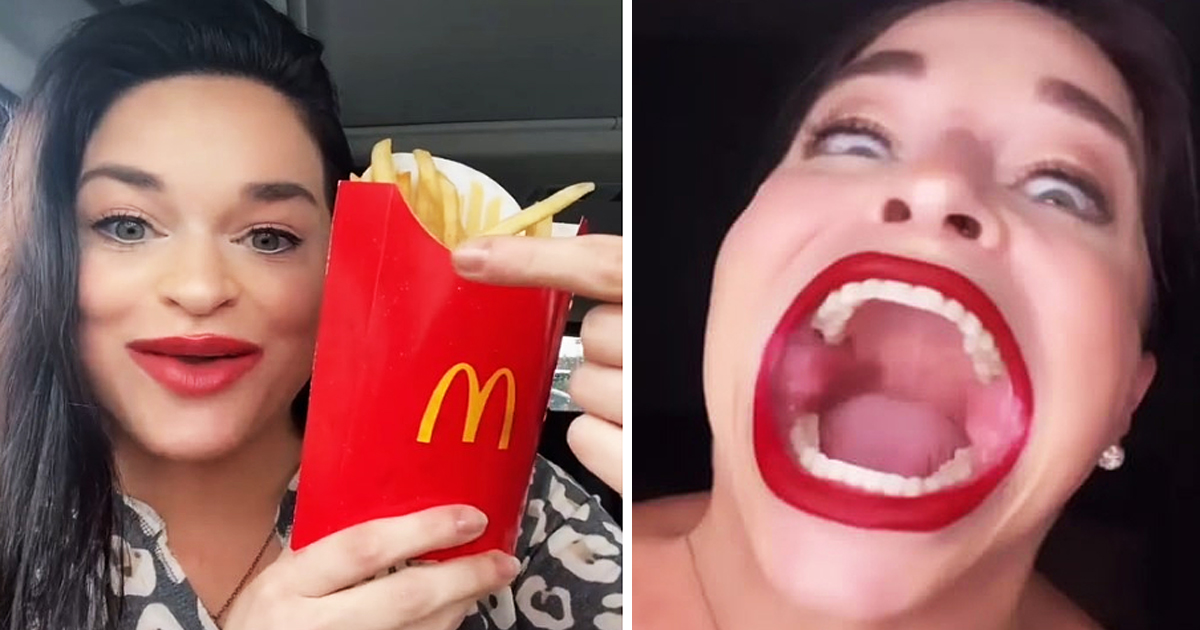 Samantha Ramsdell is probably no more a stranger to many people. The TikTok star does many things, but she was most known for her huge mouth and eating things her followers requested in one bit.

The Connecticut woman’s most recent attempt was a large fries from McDonald’s by adding one stick after another into her mouth.

People wondered if she could pull it off and she accepted the challenge!

Albeit a bit disgusting as she cramped one fries after another into her gaping mouth, the scene soon felt unbelievable when the pack was close to being empty.

She eventually emptied the pack of fries and finally shoved them all into her mouth.

Samantha went viral when people couldn’t believe that she could open her mouth agape. She did it with Subway, Chipotle, and below is the video where she ate the large fries.

Reply to @marsssgodzilla one bite everyone knows the rules! Comment below what I should try next!#WorthTheWait #OneStepCloser

She also did it with a Chick-fil-A chicken sandwich.

That was no biggie: she fit it all in her large mouth!

Samantha now has more than 1.5 million followers on TikTok. While most of them were there for her eating videos, she also does funny videos such as couple challenges and duets!

On this weeks journey to find the biggest and best sandwiches I stopped in Long Island, NY to Grub Shop! #sandwichsaturday #bigbitechallenge

She actually made $14,500 with her viral mouth videos! TikTok does pay their best creators really well.

She explained, “TikTok actually pays their top creators now based on how many views and it’s about 0.3 cents per 1,000. It doesn’t sound like a lot but some of my top videos have over 50 million views, so if you do the math, it ain’t too shabby for eating subway sandwiches on camera!”

She is even preparing to challenge the current Guinness World Record holder: 4.04 inches long and 4.51 inches wide!

It’ll definitely be interesting to see her becoming the new record holder.