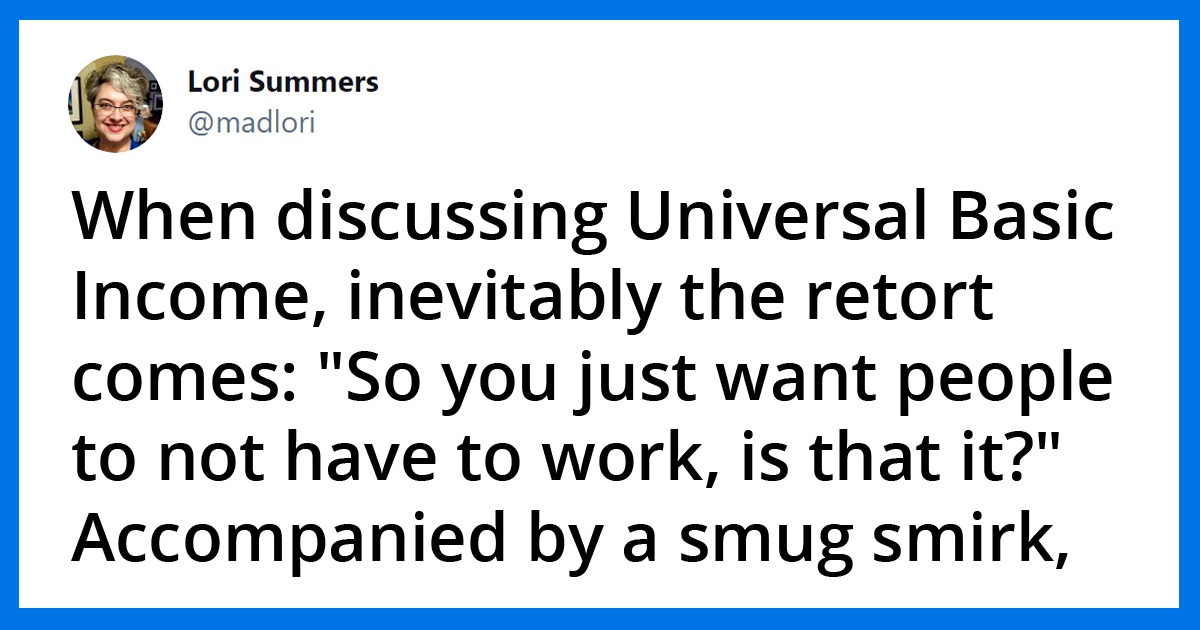 Universal Basic Income (UBI) is a progressive concept which basically says people should be paid with no strings attached. This stimulus is expected to improve people’s quality of life and allow them more freedom to seek a job that they really want to do.

Several countries have done trials on UBI on control groups and a small number of citizens. However, the full effect of UBI cannot be observed because while these small numbers of people experience benefits, it applies an insignificant amount of influence nor pressure on other factors.

Lori Summers extensively discusses how the concept of UBI could just change what employment and work mean for most people.

Finland led the first official UBI trial by providing approximately $640 to 2,000 unemployed residents. It started around the end of 2016 and ended in February 2019, costing the government about $22.7 million. While preliminary results mention there were no significant improvements on permanent employment, the analysis later shows results are more visible on specific groups, such as individuals with families.

Those who receive basic income also “had a perception of better mental and economic wellbeing. Minna Ylikännö, Head of the Research Team at Kela (the Social Insurance Institution of Finland), says, “They were more likely to find that their financial situation is manageable and that they are protected financially.”

The bottomline, however, is to allow working-class not to be mistreated just because they need the money to survive.

UBI is an ideal concept; you cannot refute its benefits to others unless…

Alaska’s Permanent Fund was established by rich oil and mineral companies to provide stipends for local Alaskans. The program spent a total of $60.1 billion. It started in 1976, and in 2018, every Alaskan received a $1,600 dividend.

A study was conducted by researchers of the University of Pennsylvania and the University of Chicago to compare how UBI affected the people. The stipend did not affect full-time employment, but 17% more people decided to take up part-time jobs.

Alaska has many examples for UBI application: another study observed 11,000 Alaskan children where 20% are obese. A $1,000-annual stipend actually led to a decrease in child obesity by 4.5%.

The thread sparks discussions and differing opinions on the application of UBI.