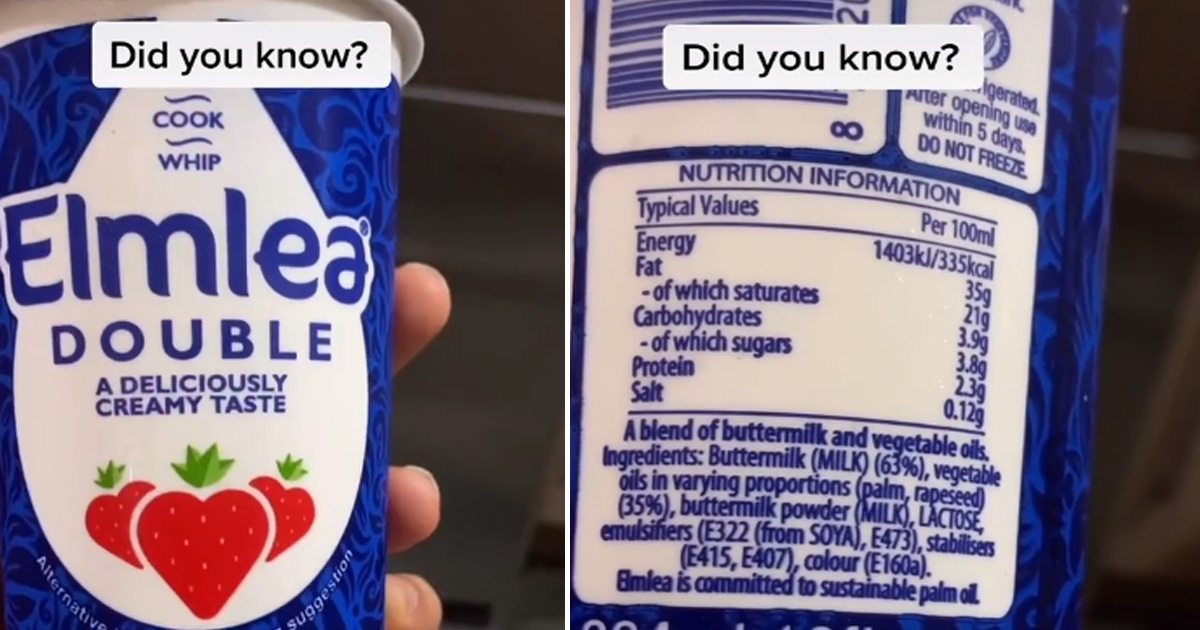 You possibly must have been taught many things amid growing up and now only to realize a few are the biggest lies you ever believed in. While this misconception is gradually clearing up, there exist little lies that are still on the expose. One recently exposed lie is the Elmlea cream that can be seen on the shelves of supermarkets.

A TikTok user @Sara Abdul was left startled when she discovered that the Elmlea cream she’s been buying for years wasn’t what she thought it was.  ‘MY WHOLE LIFE HAS BEEN A LIE,’ reads the caption of Sara’s clip.

‘MY WHOLE LIFE HAS BEEN A LIE’

‘It’s an alternative to cream, what the heck’

‘It’s an alternative to cream, what the heck. It’s a blend of buttermilk and vegetable oils. I am so shocked.’ Sara, who can be seen holding a pot of the product added.

When do you know Elmlea isn’t a double cream?

On sharing the revelation, many people were also clueless about the fact the Elmlea is a cream substitute. Over 90K TikTokers who liked the clip admitted they had no idea that it wasn’t really cream and couldn’t help but express their disbelief in the comment section.

‘I was wondering this recently because the expiry date was so far away, haha.’ A user said. A second added: ‘I was today years old.’ While a third commented: ‘I found this out when I realized it didn’t work while making a cheesecake.’

Nonetheless, a few TikTokers claim they’ve always known and were stunned people just realized what it really is. A fourth added: ‘How could you not know? It says double but can’t the word cream on it because it’s veg oil and other chemicals.’ However, have you known Elmlea isn’t an alternative, or are you just knowing too?