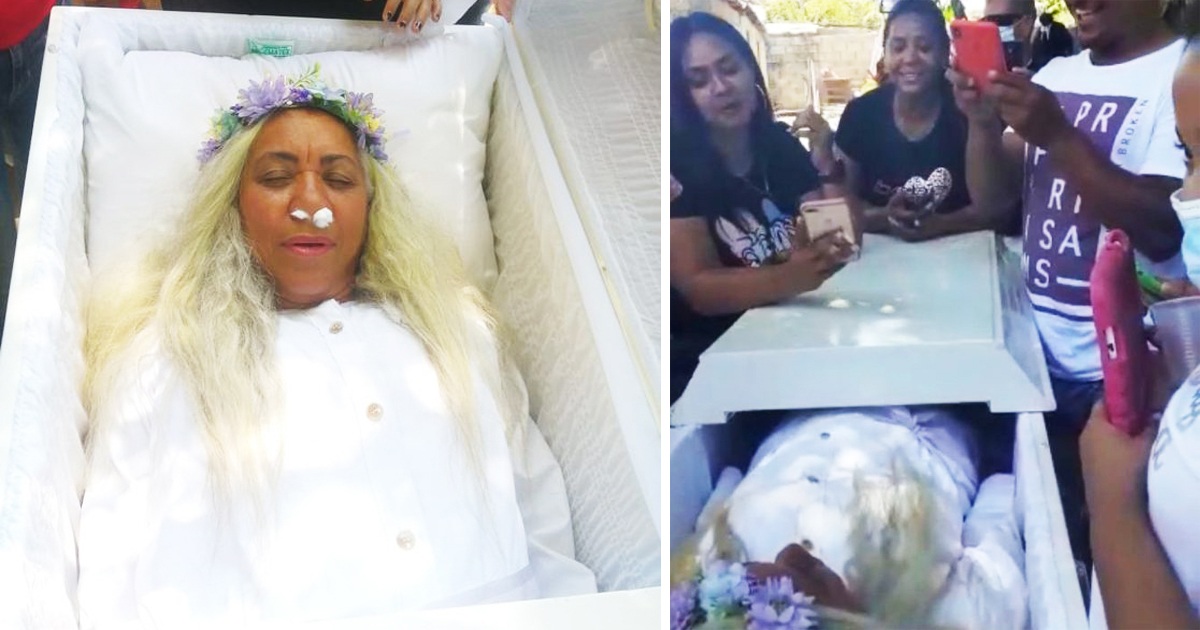 Never had a funeral sound this fun. A woman who was so curious about what it’s like to be a corpse had decided to make his friends and family members hold a funeral for her… before she died.

In fact, Mayra Alonzo’s pretty healthy to choose her own coffin, clothes and occasionally comment on the guests who attended her funeral. We can relate to her curiosity – everyone is curious about death, the journey that we can only tread once in our life.

She rehearsed her funeral with her family and friends.

She’s made them ‘mourn’ for the death of her 59-year-old self. The incident had been recorded and went viral in the Dominican Republic. She spent around $1,000 (£710) to hold the fake funeral in Santiago. Of course, it was much cheaper (and happier) than holding an actual funeral where you have to shell out more depending on the method of burying/cremation.

She did this complete by wearing white, a flower crown, and tissues to block her nostrils.

Marya’s family and friends then walked up to her coffin to say their last words. Some would recall fond memories they’d spent with the woman. But Marya wasn’t going anywhere.

Mayra mentioned that this had made her dream come true and taught her a little about funerals and being dead. And she certainly had her shared of fun during it!