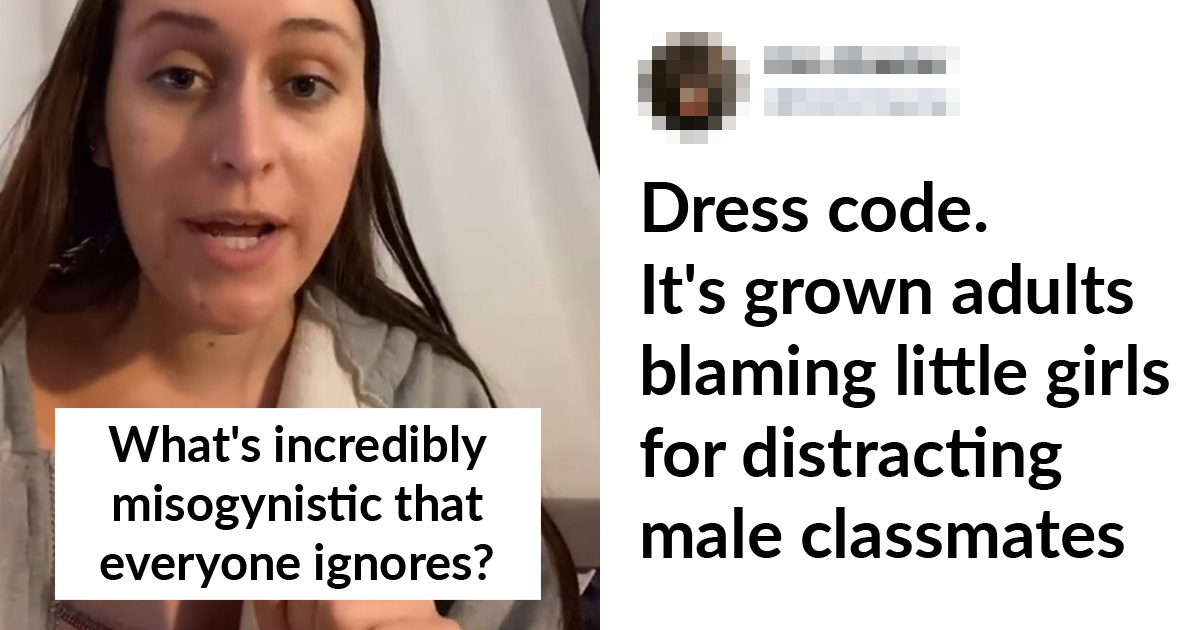 Dress codes! You must have heard of the rules of what you can and cannot wear to school. You possibly might know these restrictions are mainly targeted at girl’s attire than boys’. Over time, there has been a common belief that dress codes are imposed, so that female students are less likely to be a distraction to their male peers. In the age of feminism and equal rights, people are emerging with claims that the mentioned above logic is outdated, sexist, and flawed.

The mentality that girls are responsible for the actions their male peers choose is now considered not OK. Instead, it’s suggested that boys should be taught that their attention is required for their education and not towards the bodies of their female peers. If peradventure they’re distracted, their classmates shouldn’t be held responsible. One of these voices is TikToker Chan, with the username @chan42911.

In a clip shared on TikTok, Chan has shared her thoughts on how dress codes are misogynistic. The TikToker also shared that dress codes teach young girls that “their bodies are property and inherently sexual.” So far, the clip has garnered over 3 million views, and it turned out to be a response to another TikToker who had asked people to share incredibly misogynistic things that everyone ignores and pretends like it’s normal.

This topic has surfaced in the spotlight, and indeed a variety of incidents have proved just how flawed the system is. Metro Weekly had reported a story about a transgender Texas Teen who claimed she was banned from school until she complies with a male dress code.

This means cutting her hair and losing her earrings. Yet again, a public high school in Texas had suspended a gay male student for wearing fingernail polish. The polish was considered perfect for a female student.

Recently, a group of teenagers at Sacramento Art School staged a protest to challenge sexist dress codes. As it appears, more people believe it’s high time to end the sexiest dress codes in schools and that the logic equally demonstrates that schools either don’t trust or don’t believe their male students can control their thoughts and actions, especially around their female peers. More ridiculous, it’s the girls who are punished for this in practice.

Here’s What Had To Say About The Subject Matter: