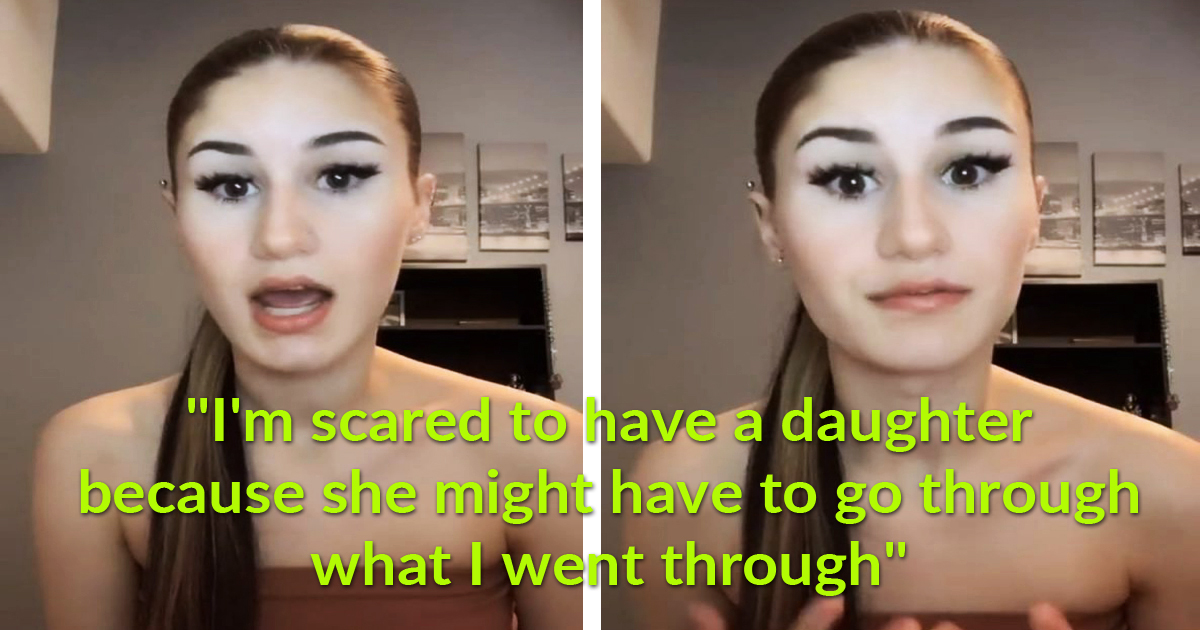 Woman Calls Out Men ‘Scared’ To Have A Daughter

TikTok user Emma sees a lot of men commenting how they fear having daughters because then they’ll grow a pair of breasts. Just like every other normal woman out there who manages to grow up into adulthood healthily.

But that’s it. Here’s the REAL reason people are scared of having a daughter.

In the viral TikTok video, Emma addresses of how common it is to see “boys saying they hope they don’t have a daughter” on videos where they reveal a bit of skin or wear bikinis. This is in a reference of when men comment how they are scared to have daughters due to their future behavior. Yet, they seem to be doing the exact same thing women hate them for.

But here’s the real issue:

“I’m scared to have a daughter because she might go out in fear of her life because of your son,” Emma begins. She adds how women, ever since they were young girls, have to be taught to do self-defense from men who do inappropriate things to them.

“I’m scared to have a daughter because she might have to go through what I went through, as somebody’s daughter, because of your son.”

She also continued to refer to how there are multiple cases of sexual assaults that result in the perpetrators having their charges dropped, disregarding the accounts of the women who were victimized.

“I’m scared to have a daughter because she might be hesitant to speak up because your son’s football scholarship matters more than her safety and the safety of other girls.”

“You go ahead and realize why you don’t want to have a daughter, and that’s because you’re scared of other boys looking at her the way that you look at girls today. And that’s all.”

Yes, YES. She is saying the real truth here.

Along with this video, she hopes that it will stir changes in at least a few men who see it important to teach sons how to respect women and control their bodies. And that these things how to be taught from as young as possible, so they grow up in a society when women do not have to be worried about commentaries on their physical appearance.