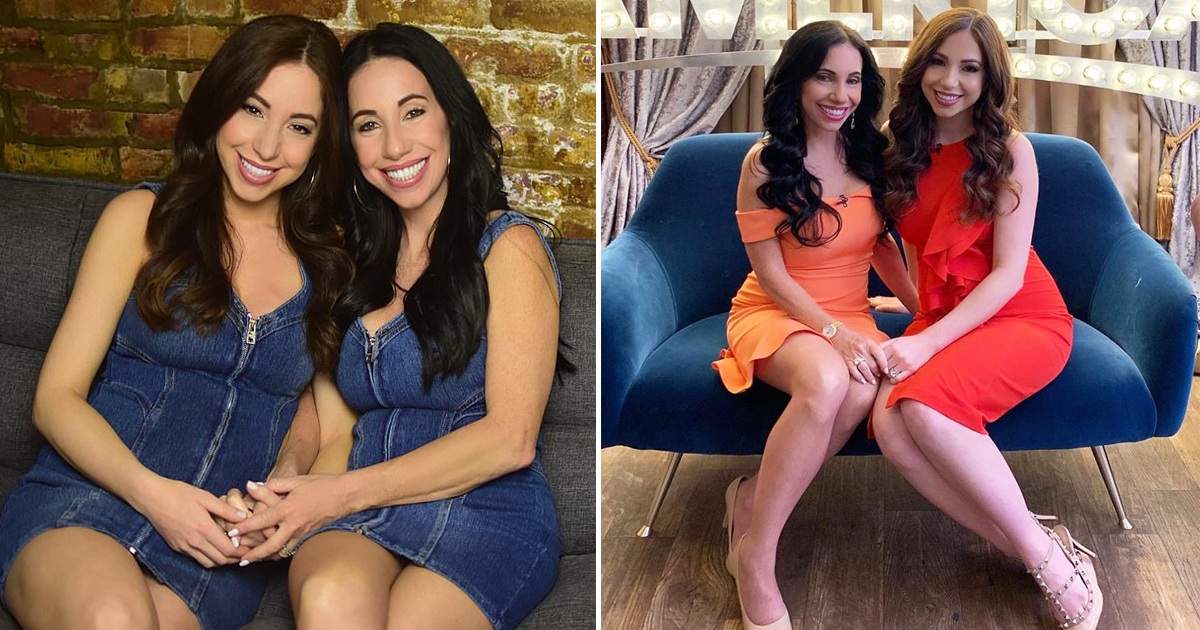 Twin Mom, 60, And Daughter, 30, Look So Alike Even Their Husbands Get Confused

A mom and daughter have stunned the internet with their so much lookalike appearance that even their own husbands constantly get mistaken. Dawn Hubsher, 60 and Daughter Cher,30, from Florida and New York respectively get mistaken for twin sisters, but are in fact just mother and daughter.

Cher had initially found it weird being the only child at school with an age-defying mum but grew to cherish it and went on to invite Dawn to her bachelorette party as one of the ladies.  The pair likeness has indeed pulled a collective 75K followers on Instagram and interestingly, the pair’s twin-like appearance has even confused their relatives, including Cher’s husband identified as Jared Gopman, 30.

‘There was a time, I and my mom wore the same colored outfit. We both have long hair and so much look similar from behind. My husband went up to my mom and hit her on the butt thinking it was actually me. Every guy I have dated would always say they know what I will like in 30years and they were excited to see I haven’t changed much.’

‘A lot of people mistake me and my mom for sisters all the time. My mom’s friend was talking to me believing she was talking to her. I was aged 15 when people started revealing we appeared similar. I had always wanted the typical mother but I got older, I began to appreciate what I have. And fortunately, as my mom appeared and acted young, we became best friends and even attended my bachelorette party.’ Cher explained.

Authors Dawn and Cher have together written a book chronicling their journey as well as tips on how to create the mother-daughter relationship of one’s dream. The book is titled: ‘A Bond That Lasts Forever.’

‘Daughters will find realistic advice on everything from learning how to forgive and importantly on how to communicate with their mothers despite a generational gap. Accordingly, mothers will find guidance on how to achieve a balance between being engaged and helicopter parenting while also maintaining the friend and confidant spot.’ Dawn added.