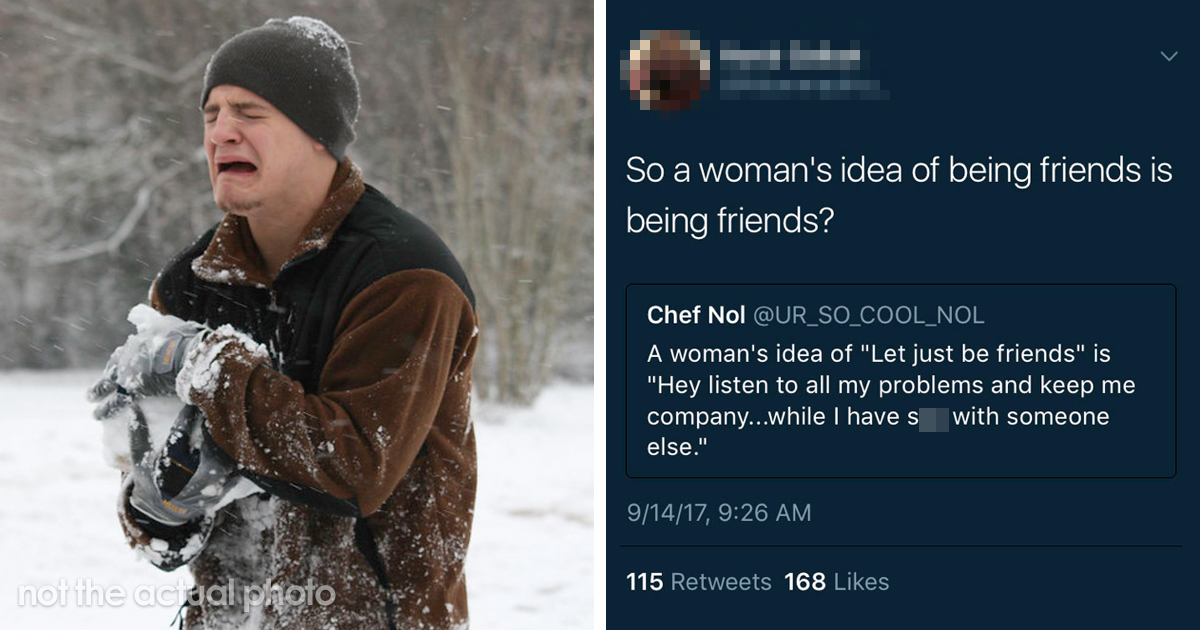 Men and women are not just biologically different but also mentally and physically different. Humans are the only creatures that managed to develop complex social structures when compared to all living things. Yet, humans are always struggling with understanding the meaning of relationships and how socialization works.

A Tumblr user recently figured out something when a tweet made a small round on the Internet. It appears that the idea seemed logical to women but radical to men. Women friendzoning men is the evilest thing ever… except that maybe women just genuinely want to make friends?

So… what kind of ‘friends’ do men actually have?

As a woman, this doesn’t seem weird at all. A real friend is supposed to be someone who listens and be there when you need them to. They listen to your love life problems, and you listen to theirs while hanging out from time to time. This tweet made it sound like men are lone wolf creatures with no friends.

Or maybe, men have different understandings of what friends mean and do when they hang out!

Tumblr user alarajrogers found her lightbulb moment when reading this tweet. “This actually explains so much,” wrote the user. She explains that men generally rely on their female partners for emotional supports, not on their male friends!

A lot of men are hardwired as kids not to show their ‘tears’ or be emotional about things openly.

Might this be why we often see emotional men sequence in movies when they’re having drinks? It’s pretty unfortunate that the entertainment industry is often overridden with men’s point of view, but at the same time, it tells us a lot on how men generally feel about when it comes to being emotionally open to someone else.

Men are three to four times for likely to die by suicide worldwide.

Depression plagues everyone similarly. Both men and women get stressed out when relationships end or facing life problems. But societal pressure allows women to share their burden with other women, at least for emotional support, yet men are expected to just ‘man up.’

BBC reports that in Australia, men are three times more susceptible than women. In Russian and Argentina, it’s four times the number of women who die from ending their lives.

But friendship is real and we sincerely hope that men can learn how to.

Prevention is the best: teach boys how to open up to others.

Men, it isn’t too late. Being socially awkward is not something people don’t know about. There are women who are socially awkward despite being the more generally talkative gender of two. When women want to be friends with you, it doesn’t just mean they want to dump their emotional burden on you, but true friends will also listen.