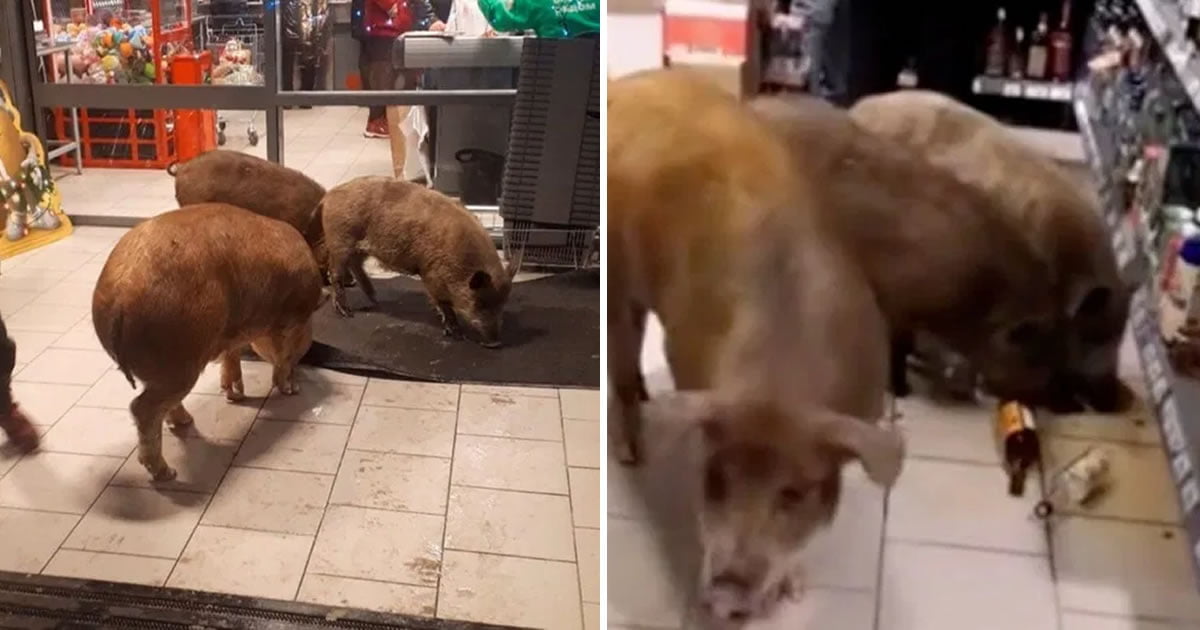 A mother and her piglets were recently spotted having a night out in the Siberian City of Tyumen after allegedly eloping from their farm.

The mother (Pig) was captured on camera sniffing out the alcohol aisle and using her scout to knock two bottles of cognac on the floor.

Surprisingly, all three pigs started to lick up the mess. And reacting, a shopper hilariously said: ‘We all like a drink at this time of the year.’

Reportedly, the staff at the Russian supermarket, however, kicked out the pigs, after which they were collected by their owner.