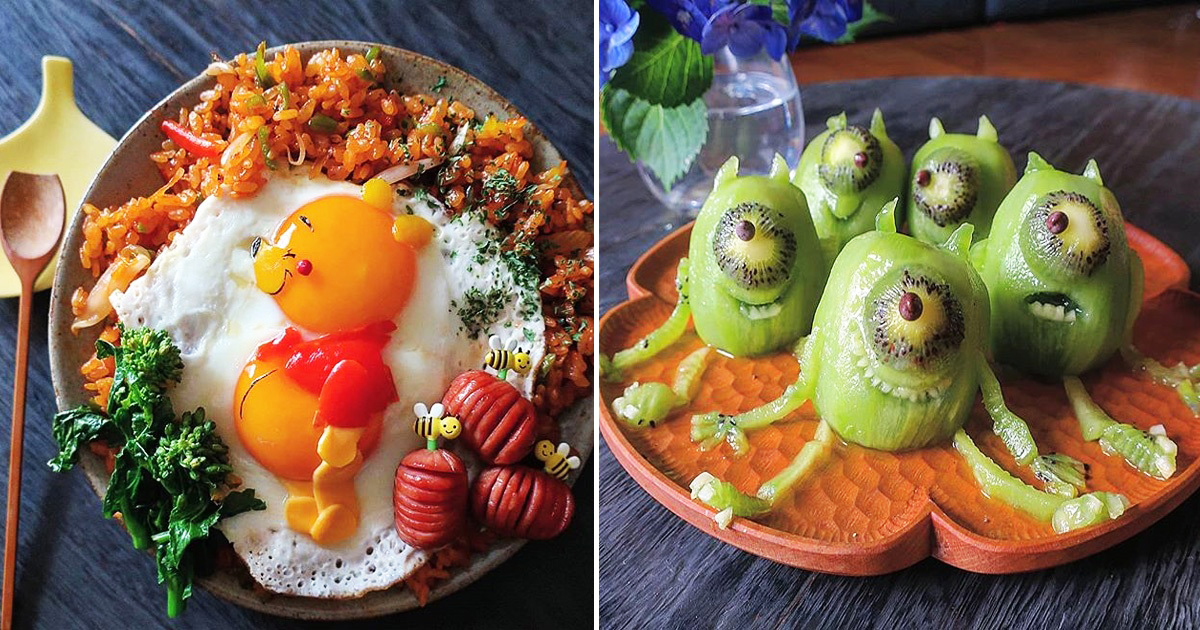 Every parent will agree that kids can be quite picky about the food they consume and a lot of times, you just have to go out of the way to make them eat a specific meal. A mother-of-three has proven she knows how best to handle the aforesaid situations. A nursery school teacher from Japan, identified as Etoni Mama has developed incredibly creative means to get her picky daughters to eat her prepared meals.

Imitating pop culture with her meals, the mother-of-three accurately molded meals, includes Winnie the Pooh using egg yolks, a chocolate Chewbacca and even an avocado Jabba the Hutt amidst others. Naturally, giving meals a cartoonish makeover undeniably sounds gimmicky but the 44-Year-Old takes the pain, ensuring that her meals taste as good as they appear.

Teruteru Dumplings Got A Meal Makeover

Ursula From The Little Mermaid

Interestingly, the name Etoni, according to the nursery teacher is the combination of her 3 daughter’s names:  Niko, Eko, and Toko. Accordingly, her creative meals have specifically inspired her second daughter to be more excited about food.

‘My girls feel some creations are quite better than others. They usually have suggestions like that doesn’t appear similar to the real thing or that’s really the food. Always do more like that. When I look at the ingredients, I tend to imagine what character they look like For instance, I was looking at an egg yolk and instantly saw it as Winnie Pooh’s belly.’ Etoni, the self-taught chef told Buzzfeed. Furthermore, Etoni sets aside a lot of time to cook but aims at finishing each one in just 60mintues.

Rex From The Toy Story

Jack-Jack Omelettes From The Incredibles

She added: ‘Cooking is really fun’, hence it doesn’t seem she’s all bothered about the additional time put into coming out with something downright mind-blowing. Nevertheless, Etoni Mama has published a Japanese language book filled with her cookery creations. It’s readily available for pick up on Amazon and indeed her Instagram page never ceases of updates.