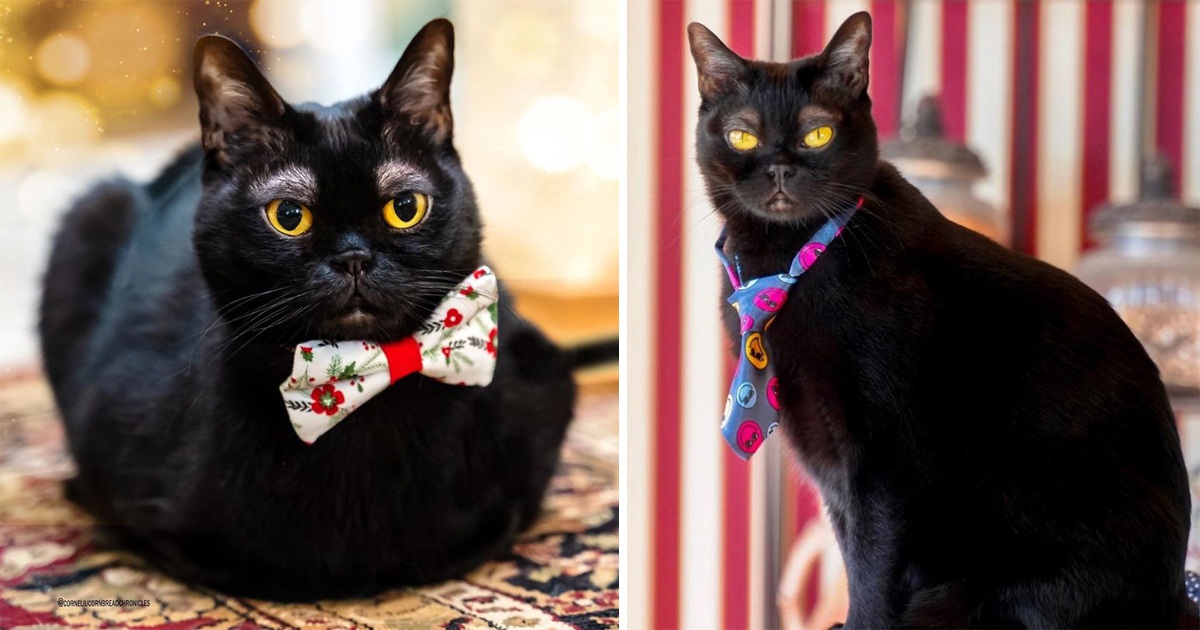 A feline with eyebrows has won thousands of followers on the internet, a big thanks to its fashionable eyebrows. Cornelius Cornbread, 4, is recognized as a Bombay kitten with a white-marked forehead.

The Nashville-Tennessee based kitten has had the unique ‘eyebrows’ from being a kitten as a result of an absence of fur in the area between his ears and eyes. So far, the cat’s sweet yet sassy appearance has been loved by his followers, with many admitting that humans would pay hugely to have Cornelius brows.

Cornelius, with an Instagram account, has garnered over 6K followers and his concerned look makes him look like a classic gentleman. Donning a bow tie in most of his photos, Cornelius undeniably has a charming personality and his eyebrows are really just a white skin appearing through the thinner area of the black fur around his brow area.

According to Cornelius’s owner, Karen Mellette, the cat loves to be at the center of the attention, especially as he can be found curling up on laps, snuggling up, and importantly enjoys being carried and held. It’s evident that Cornelius has indeed brought so much happiness to Karen’s home as his hilarious antics and loved assisted the family in healing up from the loss of a cat named Inky.

Since welcomed into the family, Cornelius has equally helped his owner to recover from tendon injuries as well as a resulting spread of Reflex Sympathetic Dystrophy around the legs and feet. Nevertheless, the feline enjoys jumping on shoulders, does sass meows when in big trouble, and interestingly had survived two surgeries, which if not carried out, Cornelius would have lost his left.