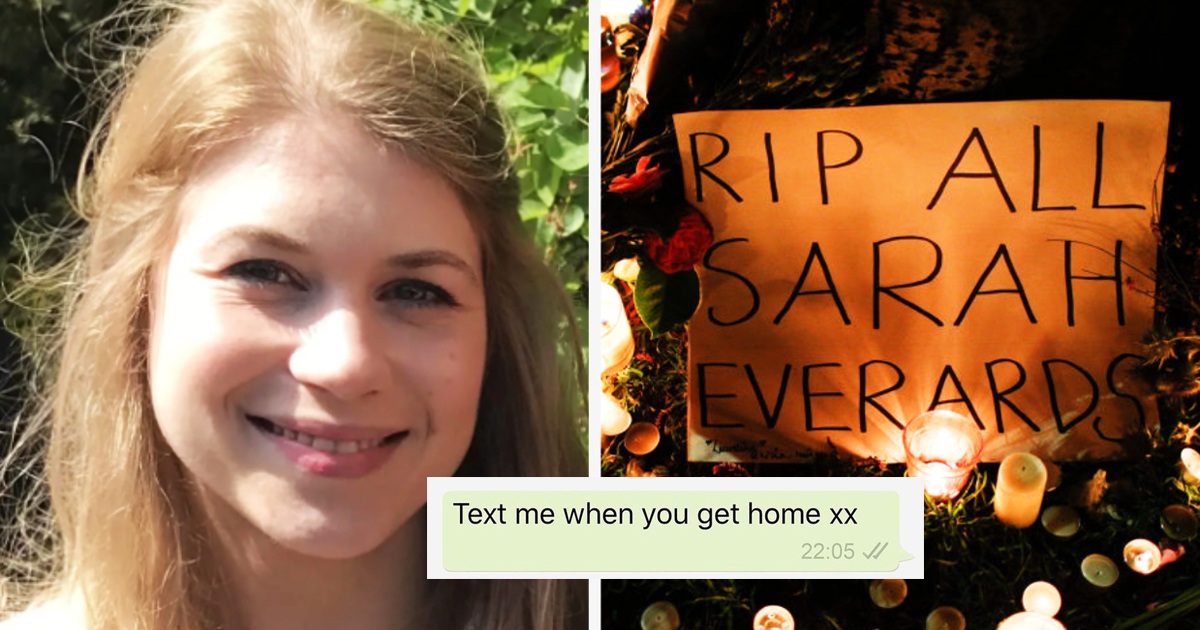 “Text Me When You Get Home:” Women Are Sharing How They Feel Unsafe After Sarah Everard’s Death

It is never okay for women to be assaulted. But the world is so used to hearing about it, at one point in our life, we become number to listening to, yet, another news of it. Sarah Everard’s story, however, has stirred up many women who connect to this story through one thing: fear.

The 33-year-old was taking a 50-minute walk from a friend’s home in South London. The British executive marketing went missing after setting foot out and walking the London streets’ busy premises.

A week later, she was found dead 56 miles from the last location she was spotted.

The fuel to the protest people took was a convicted police officer charged with murder. People took to the streets, protesting for and asking for actions to be taken on violence against women. Her story is like the regular nightmare women are used to hearing since young.

A post shared by lucy ~ SOMETHING IS COMING :)) (@lucymountain)

Lucy wrote, “I haven’t been able to stop thinking about Sarah Everard and how a woman was not allowed to walk home.”

Many women resonates with what Lucy says, sharing in the harrowing wake of the murdered woman.

“I wish more men understood the fact that we cannot walk alone at night with headphones in.”

The post continues, “Stop harassing women. Stop victim-blaming women. And stop burdening women with the weight of other men’s actions.”

“A woman should have been allowed to walk home.”

This isn’t the first time women are assaulted, nor do women remind men how hard it is to do activities at night. To the point that simply taking a walk can mean life and death for women when it’s dark. There’s an urgent need to stop victim-blaming and start fixing the root of the problem instead.