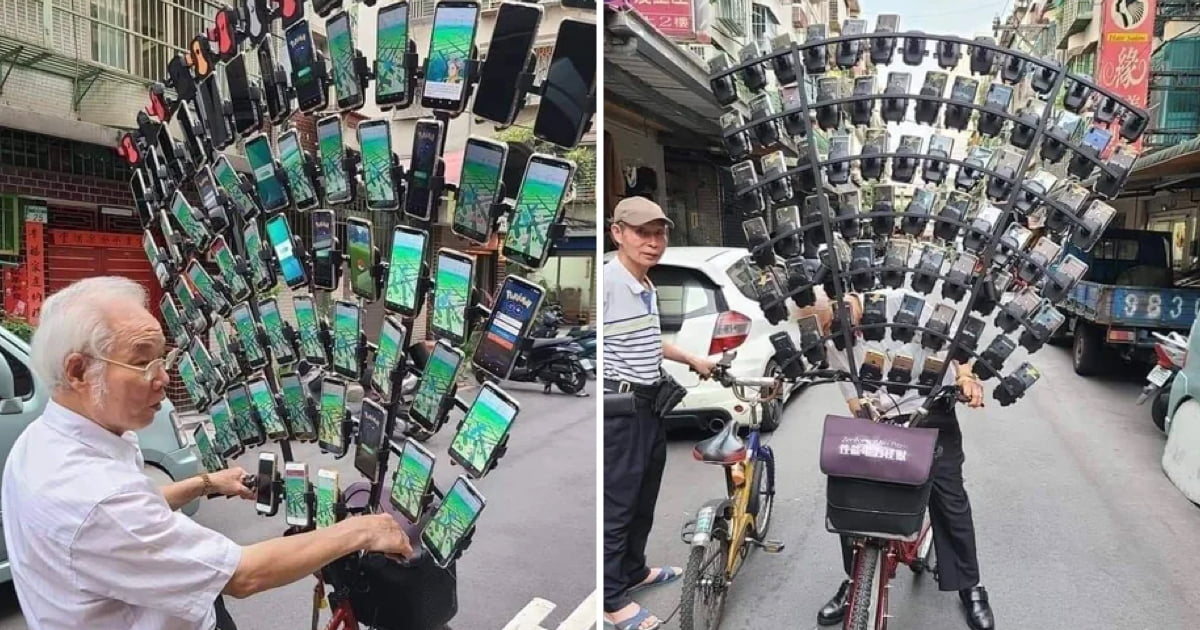 Pokémon Grandpa has again evolved. Chen San-Yuan has recently turned heads as he cycled through the suburb of Taipei, Taiwan’s capital. Spotted with a peacock-design of 75 smartphones mounted on the front of his bike, Chen had originally gone all viral in 2018 after sharing an image of him playing the Pokémon Go with eleven phones.

In the last 24months, the iconic gamer has added more smartphones and reportedly, Chen in 2019 used 45 smartphones concurrently as he biked around in a bid to catch ‘em all.’

The grandpa, 70, got the passion for Pokémon Go after his grandson taught him how to play. Since then, his love for the game grew stronger, hence he started collecting more. The figure for smartphones on his bike has racked up from 11 to 23, from 23 to 30, from 30 to 45, and presently at 75.

Chen’s enthusiasm for the well-recognized mobile game has, however, caught the attention of Asus – Taiwan-based multinational computer and phone Hardware Company. The technology company has made Chen an Ambassador of their Asus ZenFone series and equally gave him twenty-two Asus ZenFone Max Pros for the game.

Nevertheless, the augmented reality smartphone game, developed by Niantic, an American software company has been downloaded across the globe by millions of people since launched three years ago.

While the game continues to be played by an estimated five million people on a daily basis. Taipei’s locals are, on the other hand, concerned about the effect of the smartphones, revealing it’s quite a threat to road safety.