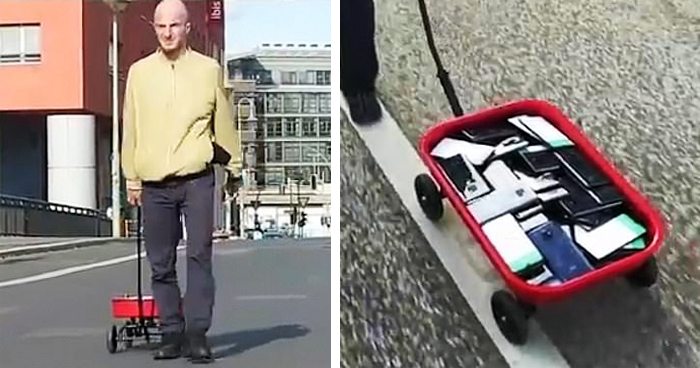 German-based artist Simon Weckert may have caused unwanted traffic on other streets as he dragged around 99 smartphones all connected to Google Maps driving direction on the streets of Berlin.

This ‘hacking’ action has convinced the Maps that the street is currently jammed and turns from green to red after a few walks around. The artist uploaded the trick on YouTube and it’s quickly going viral.

Weckert shared his activity on Twitter, writing “Through this activity, it is possible to turn a green street red which has an impact in the physical world by navigating cars on another route! #googlemapshacks.”

He also wrote on his website how Google Maps have fundamentally change what map means to us with added active interactions. It has become so reliable and widespread that it can be called digital capitalism. He added:

‘With its Geo Tools, Google has created a platform that allows users and businesses to interact with maps in a novel way. This means that questions relating to power in the discourse of cartography have to be reformulated.  But what is the relationship between the art of enabling and techniques of supervision, control and regulation in Google’s maps?’