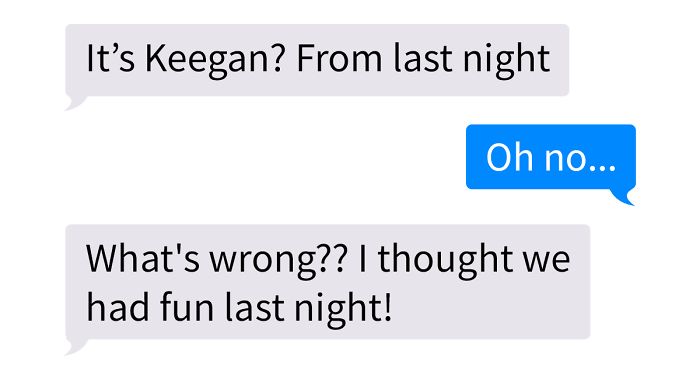 Stranger Gets Texts From A ‘Nice Guy’ That Was Given A Fake Number, Instantly Learned Why The Girl Did It

A decent man should not be mistaken for a bad person – he’s truly gentle and loving. Not that he wants a reward, he’s friendly with everyone and importantly a respectable human being.

But a dubbed ‘nice guy’ is a totally a different breed. His social media feeds and dating page might be filled with catchphrases about how to handle a woman, but he’s only advertising.

The man in this article presents himself as being gentle, compassionate, vulnerable and sensitive, and in reality, hope the façade will instantly make a woman began a romantic or sexual relationship with him.

Nevertheless, women sure have a strong intuition about the aforementioned. On meeting a nice guy, they can tell there’s something off and in turn, run away or, in this case, give him a fake mobile number!

Keegan texted Sandra and thought his nice guy act has perfectly worked. Unfortunately, the person he texted wasn’t Sandra, immediately Keegan felt crushed and took it out on the random stranger.

Brilliant Job, Sandra! You perhaps did the right thing by getting rid of him smartly.

Here’s what people said about the conversation