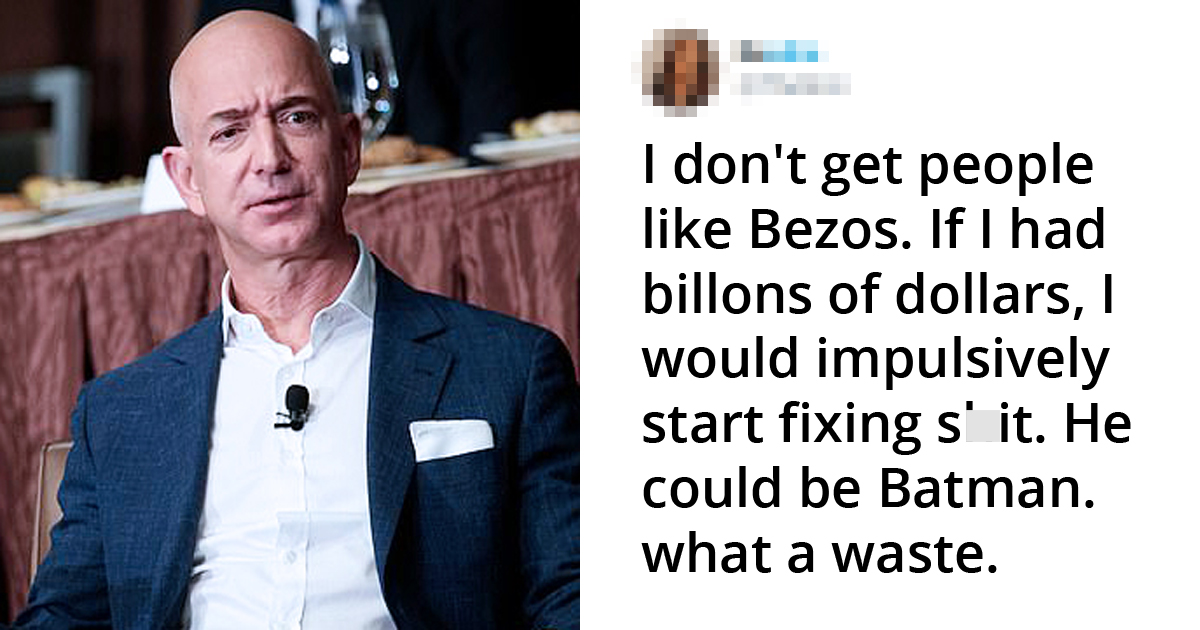 Someone Explains Why Billionaires Don’t Help Solve World-Scale Problems, And It Makes Sense

Why aren’t billionaires doing more to help others? It is, indeed, presumptuous to assume that just because someone can, they should do it. However, it doesn’t seem like it’d even make a dent in their wealth if they had put in more to help others. Billionaires like Jeff Bezos could have done more, so why aren’t they?

A deleted tweet sparked discussions with people reasoning why they aren’t doing more.

This tweet was made by Irish-American author Theresa Searcaigh. The purpose is good: if people could do more for others who are suffering and dying, why aren’t they? What is stopping them?

FYI, Jeff Bezos is the founder and CEO of Amazon, the richest man on earth since 2017 before Elon Musk surpassed him last month. The Tesla owner’s net worth is currently $200 billion while Jeff Bezos’ is $194.9 billion.

A Tumblr user decided to address this and answered it based on his personal observation.

TL;DR if you’re a nice person, you wouldn’t have prioritized profit and expansion over your employees’ needs.

Amazon is an international company that almost monopolizes the market. It has been faced with tons of criticisms, from the ethics of business practices to forced labor and underpaid workers. In 2016, BBC undercover report revealed shocking working conditions for truck drivers, which serves as a clear example of what happens inside there.

Drivers break the speed limit to reach the minimum delivery count, to the point that they would ‘defecate in bags,’ yet, make as low as £2.59 ($3.63) per hour. It is dangerous, risky, stressful, and does not even reach the minimum salary when taking into account various factors drivers are subjected to.

Another user added his own experience as well.

Tumblr user earlgreytea68 points out that you can live a very satisfactory life without having to be a billionaire. If your priorities were always the family, with helping those in need as second, you can help people even as a small business. And that is besides the minimum requirement of providing your employees with humane treatment and facilities.

As it made its way to Imgur, the heated discussions continue.