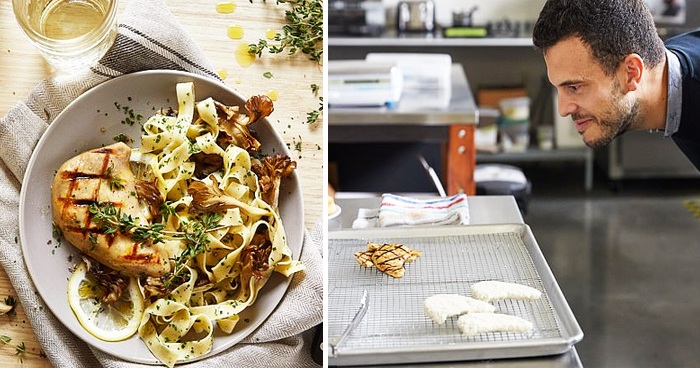 The world’s population is growing, and food demand, including meat products, is expected to rise. Feeding mouths by 2050 poses a big challenge for the food industry, but it turned out, cultured meat offers a more sustainable alternative. Are consumers willing to accept it?

Singapore has revealed it’s supporting lab-grown meat, as it recently approved Eat Just Inc., a maker of meat and egg substitutes, to sell it laboratory-created chicken. Being the first-ever government to allow the sale of cultured meat, the products are created from animal cells without slaughtering.

Eat, the U.S Start-Up has initially been working with local manufacturers to make the cultured chicken while also purchasing more equipment to expand sales to other restaurants and even grocery stores. ‘As the world turns to a more environmentally friendly and ethical way of sourcing meat, the move marks a breakthrough for the global food industry.’

‘I am sure that our regulatory approval for cultured meat will be the first of many in Singapore and countries around the globe.’ Josh Tetrick, the CEO of Eat Just, said. While Eat Just hasn’t confirmed precisely how much the lab-grown chicken nuggets will sell for, the firm did unveil its plans to roll out similar products, including lab-grown chicken breasts, among others.

‘From the start, we will be at price parity for premium chicken at a high-end restaurant. It’s anticipated that the artificial meat cost will be brought down to less than that of a regular chicken in the coming years.’ The firm’s spokesperson added.

The firm had conducted over 20 production runs in 1200 liter bioreactors in making the chicken alternative. It equally had checked on the safety and quality to meet with food standards. Nevertheless, Singapore, a densely populated nation that heavily relies on other countries for food, has deepened its focus on getting adequate to eat as the global pandemic crisis exposed fragility in supply chains.