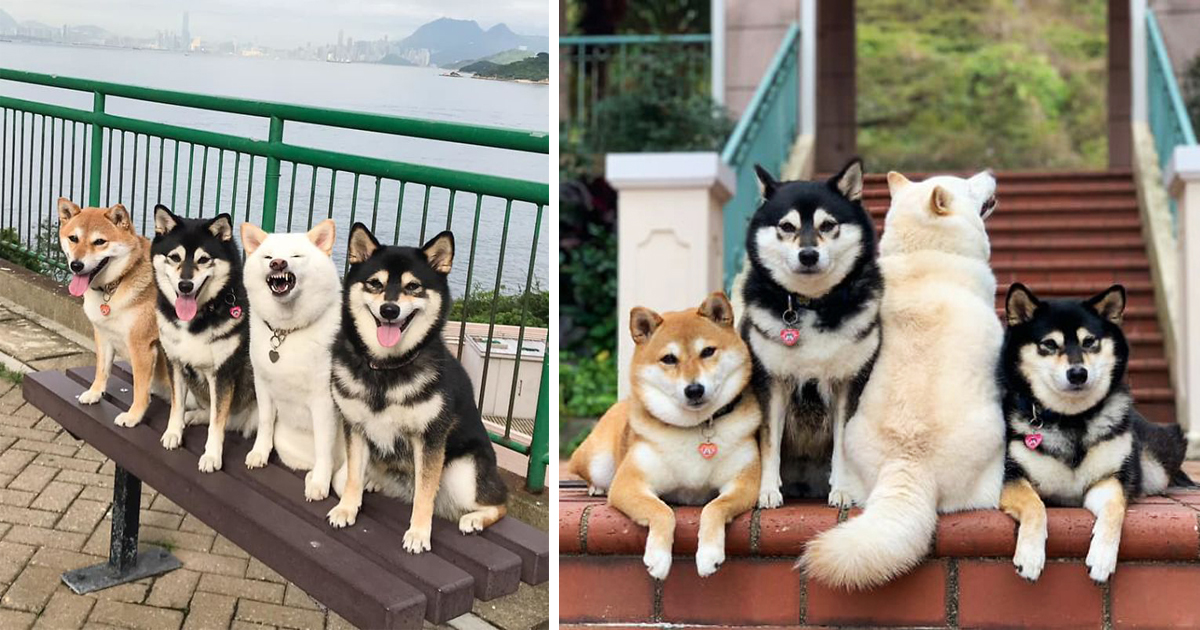 A thing worse than a Photobomb is a rebellious bomb! Having pets align for a photoshoot or perhaps a group photo can undeniably result in a dramatic scene. We can’t actually fault pets, especially as they don’t have an idea of what photography is. They’re vulnerable to entering and exiting a scheduled frame despite given warnings. Turns out, there’s usually a pet or two who enjoys ruining group photos, including that with the owner’s family.

Meet Kikko, Momo, Sasha, and Hina, the adorable Shiba Inu who are always align for group photos. Unfortunately, Hina is the rebellious one, who constantly sabotages the photos and the aftermath brings forth moments of endless laughter. You can dub his act as breaking off the tension, but they’re downright hilarious. Have a look!

Every dog owner can relate to how challenging it is to take a photo of pets but turned out a pet photographer, identified as Mark Rogers does have guidelines on how to make it possible. ‘You begin with letting your dog get familiar with the camera. The flashes as well as the clicks can shake dogs, hence let your dog give the camera a good sniff before informally shooting the environments.’ Rogers said in an interview with Dog Time.

He added: ‘The concept is to keep things relaxed and natural. Here’s what not to do:  Don’t grab a ton of treats, shove the camera in your pet’s face, and repeatedly say Mommy’s going to take a photo at a very high pitch.’ The more photos taken, according to Rogers gives better chances of capturing something incredible.

Nevertheless, it’s equally good to pay attention to the background and colors as something simple, including sandy beaches or green trees can make your pet stand out in photos.