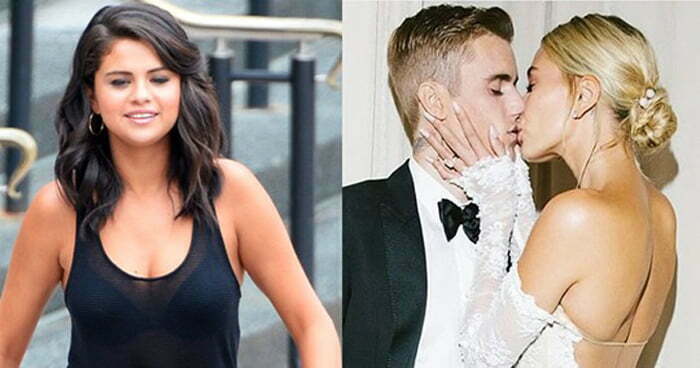 Who doesn’t know of Selena Gomez on and off relationship with Justin Bieber? The two sweethearts finally met their end when Justin proposed to Hailey Baldwin. Just recently, the two re-announced their marriage.

Selena chose the most perfect timing. Her new song got her feeling like finding herself again.

Her MV was filmed fully in black and white and on iPhone. It was directed by Sophia Muller. The video that dropped on October 22 now has 44m views.

Justin and Selena broke up and two months later, Justin was engaged to Hailey. They tied the knots in September 2018.

‘I gave my all and they all know it.’

Her lyrics also sings of a relationship that seems to be fake and full of pain. She sung, “You promised the world and I fell for it / I put you first and you adored it / Set fires to my forest / And you let it burn… / You got off on the hurtin'”

‘In two months you replaced us, like it was easy.’

She also commented on her new release, “This song was inspired by many things that have happened in my life since releasing my last album. I want people to feel hope and to know you will come out the other side stronger and a better version of yourself.”

Jelena began in 2010 and since then, they’ve had on and off moments. In between, Justin had a few girls hanging around her, including Hailey since 2014.

A source who’s close to Selena spoke to Us Weekly, “Selena knows she’s better off without Justin, and that it’s the healthiest decision for her.”

“She is open to dating, but right now she is solely focused on herself and enjoying life to the best of her ability, and getting back to being the Selena that she and all of her close ones knew prior to dating Justin.”

Her fans, LOVE it.

She also shared her spiritual journey on finding and loving herself again.

Her song ended beautifully as she picks herself up and walks again, “And now the chapter is closed and done / And now it’s goodbye, It’s goodbye for us.”