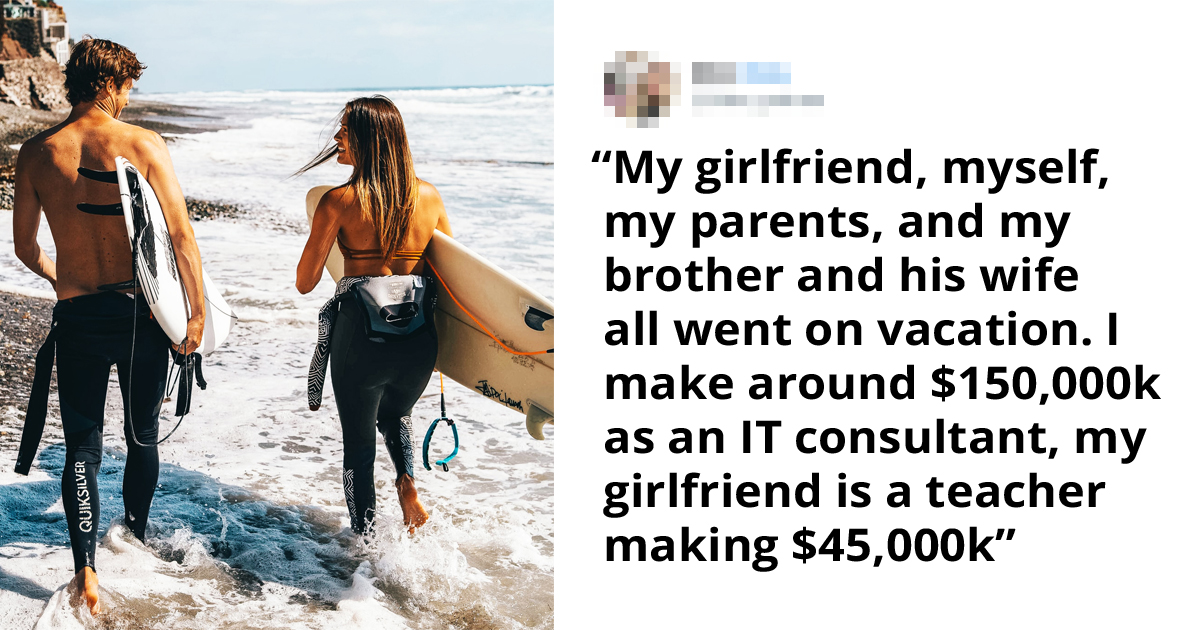 Rich Guy Invites His GF On Expensive Vacation And Expecting Her To Pay Her Share, Asks If He’s Wrong

Some people are really dense. They tend to be men who don’t really pay attention to the people around them. To be precise, they were never taught nor felt the necessity to do so because they’ve been the ones on the receiving end for years.

A 29-year-old man turned to Reddit to find out if he’d messed up when he took his girlfriend on a lavish vacation. Because he had actually let her starve during the vacation, and she even decided to stay behind as they go out to have fun.

“AITA for inviting my girlfriend on an expensive vacation and expecting her to pay all of her share?”

Yeah, you have got to be super dense or raised under a rock to act like this. Someone you love is eating less than usual, has her stomach grumbling at midnight, and explicitly told you she worked more hours to afford going out with you. Yet, you didn’t think that she might be starving?

It’s not that people are being materialistic, but it’s not going to kill someone if they, say, surprise their girlfriend with a nice lunch during a vacation. Because, I don’t know, they love each other? And that you’re not supposed to leave said person starving in her bedroom while you go out partying?

It’s really not rocket science for many people to see that they’re really not fit for each other. Unless the guy learns from this vacation to appreciate just how hard his girlfriend works and loves him, she is really better off with someone who doesn’t force her out of her way to starve on vacation.

It wasn’t hard to see who’s in the wrong here.