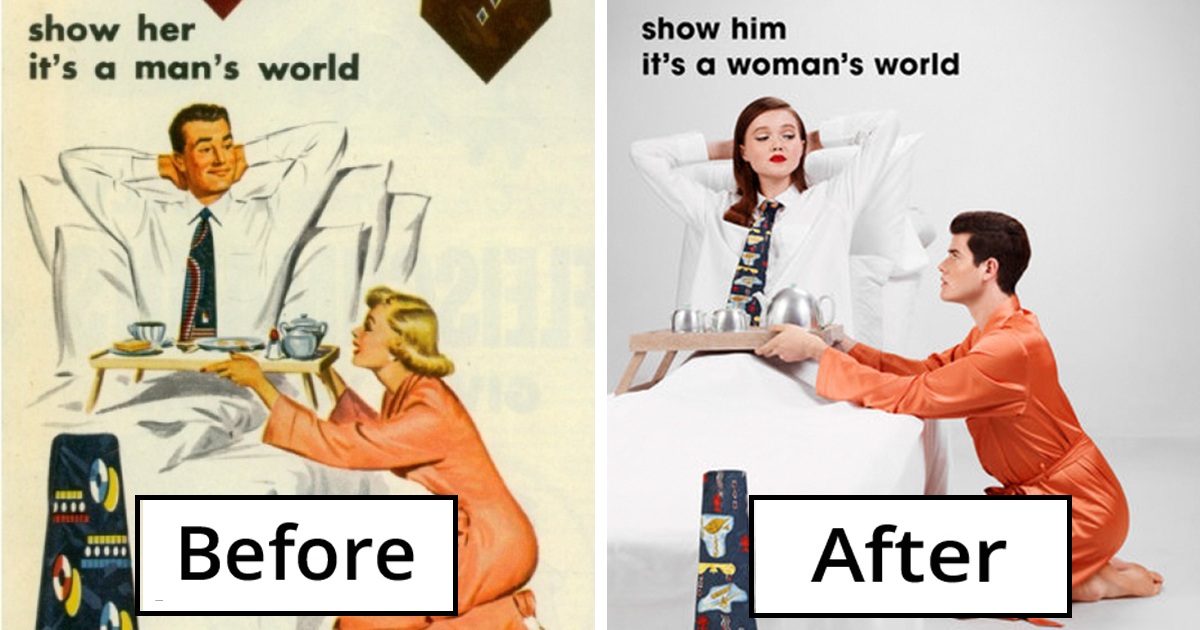 Sexiest vintage ads are considered normal and even amusing in the middle of the 20th century. But in today’s society, they’re no longer regarded and considered awful due to the way women were being treated in the 50s. No doubt, these types of gendered stereotypes are still very much in existence in advertising, and to expose it noxiousness, a photographer has gender-swapped roles in some of the worst vintage sexist ads.

Photographer, Eli Rezkallah has reimagined these ads in his series titled ‘A Parallel Universe. It’s specifically a redo of men taking over the tasks commonly sectioned for women. In his Parallel Universe, women are showcased as the ones who have careers while also demanding for dinner on the table on returning home.

Eli’s ‘A Parallel Universe’ was inspired after a Thanksgiving gathering with his relatives, where a discussion about how women are better off with cooking, fulfilling womanly duties, and taking care of the kitchen amidst his uncles emerged. However, the reversed images are satisfying and undeniably it did give men a taste of their own sexiest poison. Do take a look!