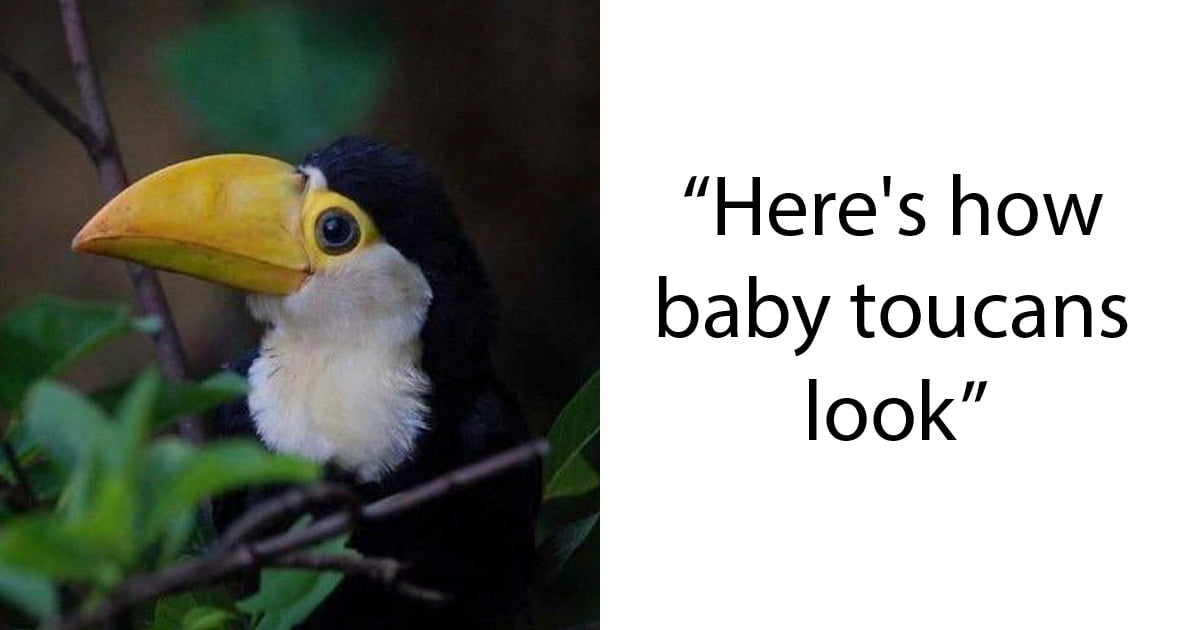 Birds have long mesmerized humans, the freedom of the eagle, the magnificent eagles and the graceful peacocks. But some have also been drawn to the power of the true king of all the birds; the colorful, big-beaked Toucan.

These birds are a true definition of cool and weird. Everything about them is mesmerizing and once you get to know them, you won’t climb out of that rabbit hole.

For many, the word ‘Toucan,’ strikes a mental picture of one particular genus of toucans, the Ramphastos. These typical toucans have bright orange bills and black-and-white plumage. This fabulous feature makes it strike out among other bird species.

here are some interesting, cool, and weird facts about Toucans

This is how cute baby Toucans are

Despite its sheer size, the beak is actually quite light, due to the numerous little air holes in it

Belize has the rainbow-billed toucan as its national bird

However, there are 4 other genera of toucan, including Andigena (mountain toucans), Selenidera (dichromatic toucanets), Pteroglossus (araçaris), and Aulacorhynchus (green toucanets). Among the birds that toucans are genetically related to are woodpeckers; however, they’re only distant relatives, and definitely wouldn’t have any wood pecking traits.

Toucans get their name from the extinct language of the native Tupi people of Brazil, via Portuguese. The Tupi used to call these birds ‘tukana,’ and their name has been maintained over the centuries.

Toucans mainly eat fruit. But they are also “opportunistically omnivorous” meaning that they occasionally feed on small animals like lizards, birds, and insects that are available in order to survive. Basically, even though their normal diet is composed of fruits and nuts, if it comes in extremely short supply, Toucans can be carnivorous to avoid starving.