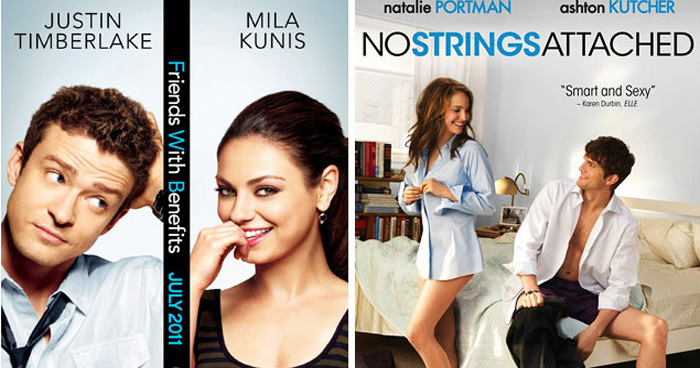 Have you ever viewed a film for the first time and thought you’ve already seen it? Well, that’s mainly because you probably have watched it.

Take for instance, Friends With Benefits, and No Strings Attached were both released in 2011. No Strings is about a guy and girl who tried to keep their relationship mainly physical, but it wasn’t long before they learned they wanted something more.

Friends With Benefits features a young man and woman who reached an agreement to take their relationship to a whole new level without becoming a couple, but shortly discovered that including sex only results in further complications. – Aren’t they similar?

Turned out, Twitter User Kris and Movie Buff, launched a thread, stressing the times Hollywood produces almost the same film twice in the same 365days. To clarify this, Kris went on to create a side-by-side comparisons of the posters for those films and interestingly did go all viral, garnering over 232K likes.

Anyone who says there’s a Hollywood film that doesn’t abide by rules and structure, such individual is definitely kidding. On the other hand, there are plenty of universally acclaimed films that explore similar themes or perhaps characters and still don’t have the same storyline.

On Sharing The Thread, Kris Continued His Findings & Came Across More Interesting Similarities

Soon Than Expected, People Started Sharing Theirs As Well