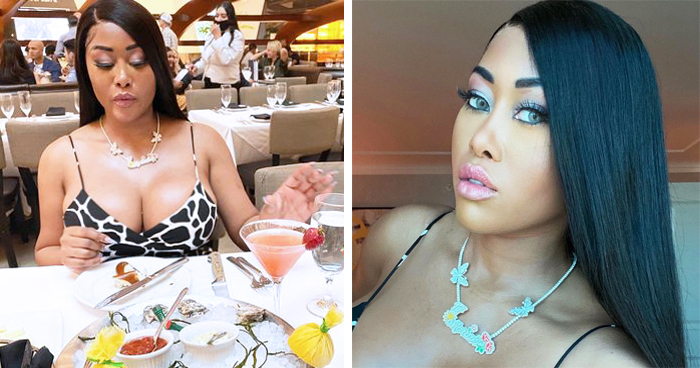 Model Moriah Mills ranks herself a “10 out of 10” and creates a division between people with her dating rules. The 28-year-old shares that anyone who seeks to date her must fulfill the requirements that she’s listed, or they’re instantly out.

The New York model is known for posting racy pictures on her social media, which is part of her image-building.

She confidently said in the video, “I don’t struggle for dates, I’m a 10 out of 10, and I don’t need to waste my time on someone who isn’t prepared to put the effort in.”

“I want to be wined and dined and looked after, but he has to also respect that I’m a girl boss who earns her own money.”

“And I can’t stand being pocket-watched – never comment on how much money I spend. It’s none of your business,” she continued. “He also has to have his own money as I’m not supporting anyone.”

She then continued with much more normal criteria, “He has to know how to cook and clean; I can’t be dealing with someone who is messy or couldn’t make dinner if we stay in.”

“He also has to know how to dress well and smell good. Guys who don’t smell good are such a turn-off,” she added to the list.

“Any man I date has to love dogs and animals; I won’t even entertain someone who doesn’t appreciate how amazing animals are,” said Moriah. “I have a dog called Charlie, and he is my world. Any man will always come second to him, and they should know that.”

“I want a dozen roses sent to me at least once a week, and even though I usually pay for my own nails and pedicures, I would expect him to pay for them at least once a month. I also want an allowance to show how much you appreciate me.”

“He has to spoil and romance me,” she ended her list.

The model shared the video to almost a million followers of hers on TikTok. The comments were mixed between for and against.

But others felt her requirements were too much, “I’ll stick to watching you.”

“Yea, you lost me at take you shopping once a week,” wrote another.

“Damn 144 roses every week. Not worth it,” wrote another.

She’s previously revealed that she couldn’t have friends because their men would always fall for her. She spoke about how many of her friends seem to think about her, “Their husbands and boyfriends want me. I’m super nice, but maybe they feel I’m conceited because of my looks. They couldn’t be more wrong. I’m very down to earth.”