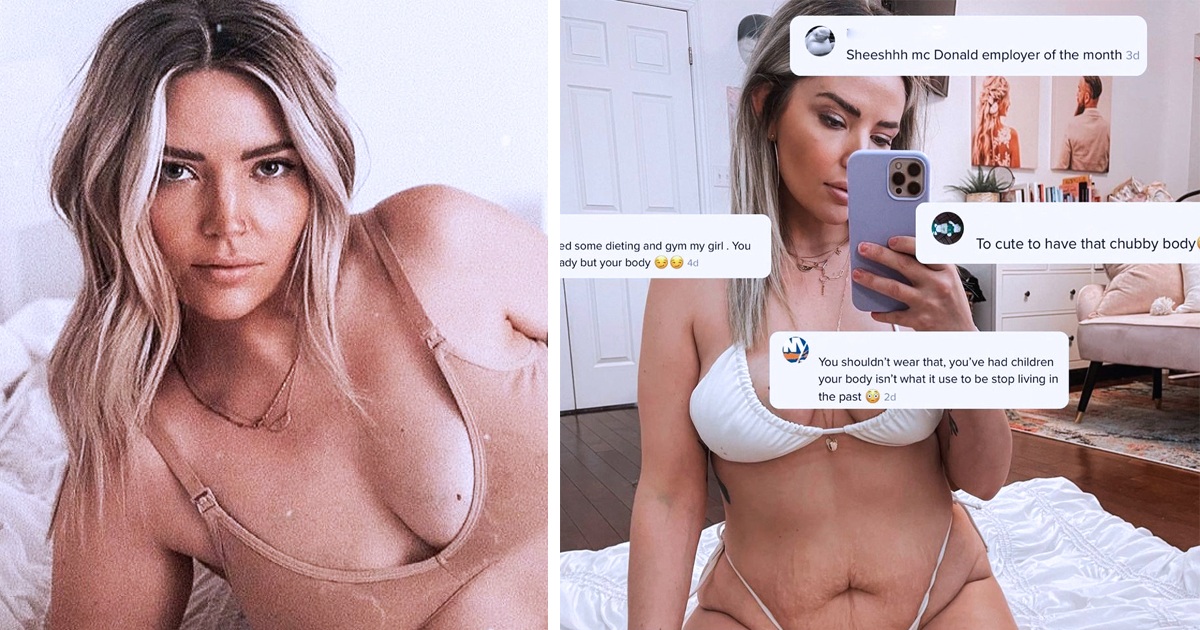 “This is the hardest pregnancy yet,” Sarah Nicole Landry said, referring to the pregnancy journey of her 4th baby welcomed into the world three months ago. It was a happy moment for Landry, the creator of the lifestyle blog ‘The Birds Papaya,’ but for some people who saw a photo of her chubby post-baby belly, it wasn’t. And this is precisely what Landry has taken out time to tackle.

Sarah Nicole Landry was told she was lazy, and needed a tummy tuck after posting a photo of her post-baby belly.

Recently, the mom-of-four posted three bikini-clad photos to her Instagram, where she posed in a tiny bikini, but trolls did come at her with a series of hateful comments. Landry’s caption revealed haters claim she was lazy for not losing weight and has no self-respect. One even stated that she needed an urgent tummy tuck and that her stretch marks were gross.

The mom-of-four had posted three bikini-clad photos to her Instagram, where she posed in a tiny bikini.

From being slammed to cover up, looking like more rolls than a bakery to advise to visit the gym, the trolling also included being too cute to be chubby. However, Landry has hit back at trolls due to the unedited photos, where she showed off her stretch marks and cellulite.  “We have to show that this is completely normal for a body to transition to after children OR even without children,” Landry responded.

A troll claimed Landry was ‘too cute to be chubby.’ Another advised her to visit the gym or go on a diet.

Trolls also claim she has no self-respect and that her stretch marks were gross.

She added: “The conversation cannot be to hide until you’re acceptable enough and then show up. The reaction cannot be; please cut yourself away before you come back. This can’t be it.” Many people have since been impressed with Landry’s post, and it has garnered over 270K likes and comments. “Please never listen to the hate. You are so beautiful inside and out!” One person wrote. Another thanked Landry for her post, saying: “Thank you for being such a solid voice in this space to encourage so many of us.”

“The conversation cannot be to hide until you’re acceptable enough and then show up,” Landry responded to haters.

Nonetheless, Landry from Ontario in Canada, at age 25, had already given birth to three kids and weighed about 16st 1lbs in 2013. But she lost 8stone and reportedly admitted to feeling more insecure about how her body looked. Shortly after, she vowed to embrace herself and since then has been posting photos online to promote body positivity.