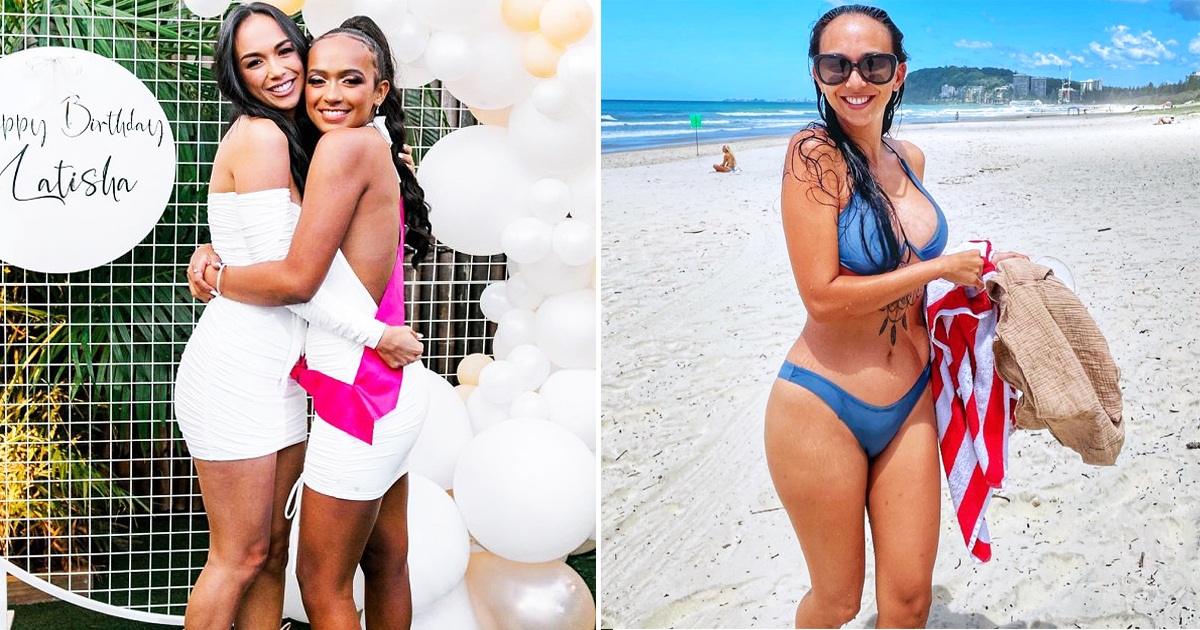 Health guru Kat Zoe Clark had her daughter Latitia on her 17th birthday. The duo shares a special bond, especially as they grew up together. However, the 35-Year-Old and her 18-Year-Old daughter are mistaken as sisters, and indeed their relationship is quite enviable. Just recently, the mom-daughter celebrated a joint birthday with an all-white-themed party. The Gold Cost pair rocked a tight-hugging white dress for the occasion, and as seen, it was a joyous moment.

Here’s Zoe Clark (left) and her 18-year-old daughter Latitia, who she had when she was 17.

The duo shares a special bond, especially as they grew up together.

“God gifted me with my soul mate on my birthday 18years ago. Sharing my birthday with you has been one of the best things in the world, but today is all about you because you are officially an adult, an amazing one, might I add. Studying and working hard for your future which I’m proud of, but what I love most about you is your heart and who you’ve become.” Kat’s birthday post read.

Health guru Kat claimed she often gets asked for ID when entering venues.

In a now-viral TikTok clip, Kat shared how she’s often asked for her 1D when walking into bars, adding that it’s a compliment though some people think she and Latitia are sisters. In an interview with news.com.au, Kat, a mom-of-a, 10years old daughter with husband Johnathan, claimed she loves telling people and seeing their reactions.

According to Kat, attending parent-teacher interviews has been quite hilarious, especially when seeing other parents’ faces why they drop off their kids at her house. One mother reportedly had asked Kat if her mom was home while dropping her child off for a play date with Latitia. But as expected was left shocked to learn Kat was the parent.

Latitia (right) pictured with Kat entered a a licensed venue for the first time as an 18-year-old.

Apart from having good genes, Kat revealed that the secret to her youthful glow is using skin-sensitive washing powder and skincare products free of chemicals. The mom-of-two equally takes collagen supplements daily and drinks lots of water. Nonetheless, despite being broke down due to the heavy criticism when Latitia was a baby, Kat is now a proud mom of a soon-to-become lawyer daughter.

Kat is a proud mum and said her daughter Letitia is presently studying law at university.