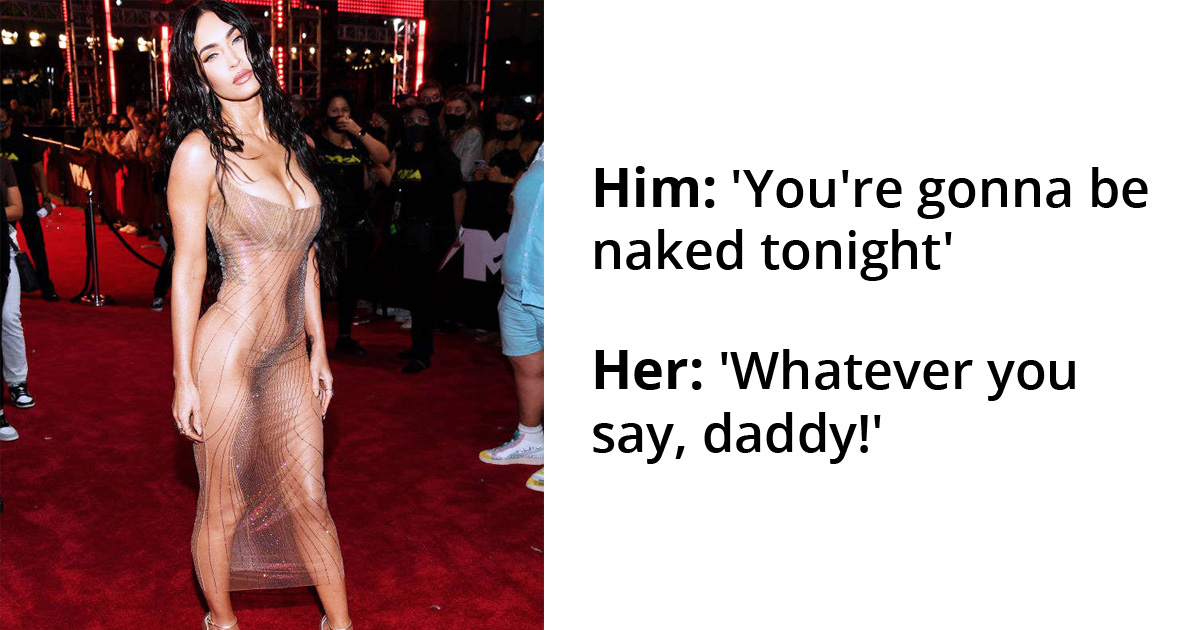 The fully sheer dress Megan Fox wore as she stood next to her rapper boyfriend fully clad in red is probably the biggest current fashion talk that’s not about Met Gala 2021. All thanks to Machine Gun Kelly’s audacious idea that sent everyone’s head to turn in their direction.

Megan Fox reveals that this dress was totally her boyfriend’s idea.

She told Entertainment Tonight, “He was like, ‘You’re gonna be naked tonight,'” Fox said while pointing to her partner. “I was like, ‘Whatever you say, daddy!'”

In addition, she wants no other women to appear in MGK’s future music videos but her if they ever need an actress there. Megan said, “He’s not allowed to have other h**s in his music videos. It’s the queen no one!”

It has always been MGK’s dream to be what everyone’s talking about when he appears.

He revealed to GQ how his dream for so long was “exactly what happened to me” at the VMA. It was “to go to an awards show, shut down the carpet, go onstage, accept an award.”

He couldn’t contain his excitement and added, “I saw a British GQ article that came out this morning that basically was like, ‘Despite the fact that BTS was there, The Weeknd was there, Drake was there, the talk of the show was [us].'”

Hopefully, the huge reason for it wasn’t because of his small bout with Conor McGregor that goes viral. But McGregor later denied that anything had happened between them.