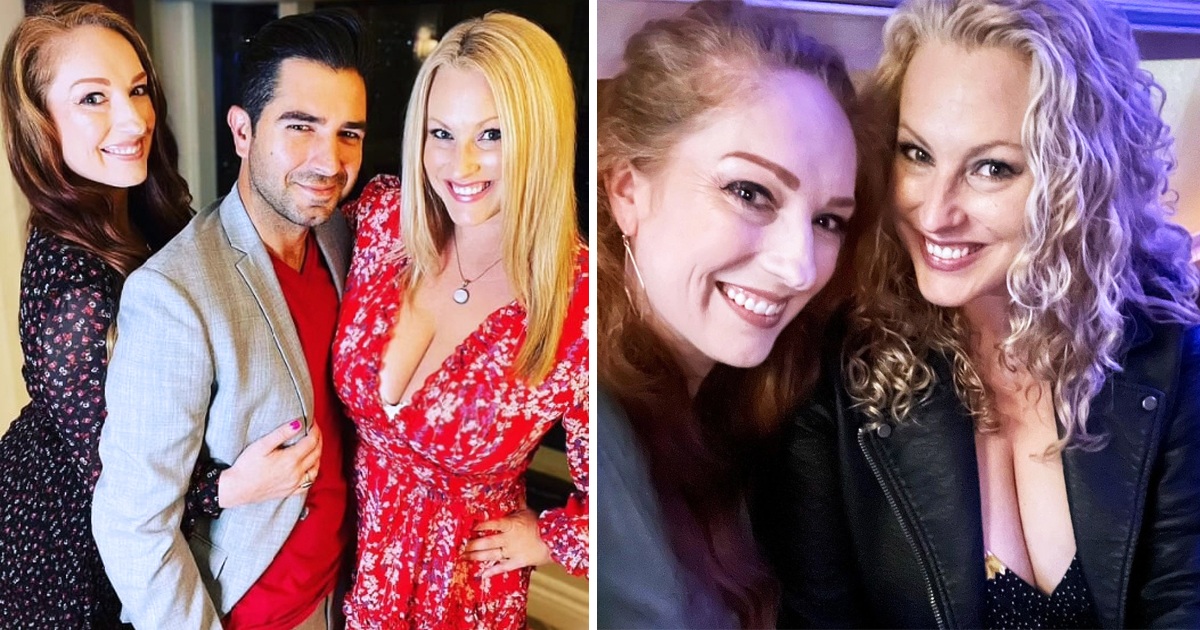 Polyamory is no longer a new phenomenon, and exploring the lifestyle is becoming increasingly less taboo. The relationship practice might seem unconventional, but married couple Justin Rupple, 38, and his real estate associate wife Katy Rupple, 39, who have now formed a happy Throuple, have claimed it requires just the same things as a monogamous.

Actor Justin and Katy have been married since 2013, but the duo has always had open communication about Katy’s bisexuality and her desire to explore it. So in 2020, the pair took a step with Justin’s Best Friend, Claire Thornhill, 36. The attempt went well that they’ve formed a polyamorous relationship and are now living together in Los Angeles.

The trio has since moved in together and now shares life in a three-way relationship in Los Angeles.

Justin, Katy, and Claire grew up near each other in the Seattle area but never met until adulthood. Justin had met Claire, a marketing executive, when in college in 2004. He later met with Katy in 2006 at one of his comedy shows and found they had an instant spark, which resulted in dating. In 2013, Katy and Justin got married but remained open about what they hoped to get out of their marriage.

Katy had been opened with Justin about being bisexual and wanting to explore that during their marriage.

“Shortly after they wed, they had an open discussion about what they wanted in their partnership. The topic of Katy’s sexuality led them to talk about me – the friend she was attracted to on Justin’s social media posts. After years of discussions, they finally decided to reach out to me. Katy and Justin wanted to make sure their feelings didn’t ruin the friendship they had with me, especially if the attraction wasn’t mutual.” Claire, according to Daily Mail, explained.

Justin met Claire, 36, in college, and the pair became close friends. But he met his wife Katy in college in 2006 and has been married since 2013.

The throuple admit to sometimes feeling jealousy but claim they speak about it openly.

She continued: “At first, it was a surprise as I had never been approached like this before. Despite this, the surprise was welcomed as I always had feelings for both men and women. I never knew it was a possibility, but the friendship Justin and I had and my attraction to them both made it exciting – We were instantly in love.”

Being in a polyamorous relationship is teamwork, so they’ve shared love, goals, and personality traits.

The trio has garnered a large fanbase online and mostly receives positive comments.

For the Throuple, being in a polyamorous relationship is about teamwork, and so far, they’ve been sharing love, goals, and personality traits. At the moment, the trio works from home together and keeps track of their schedules on a calendar, where they talk to each other regularly about their feelings, desires, and the direction in which they are headed.

Also, their family and friends have been very supportive, and they love seeing them happy together.