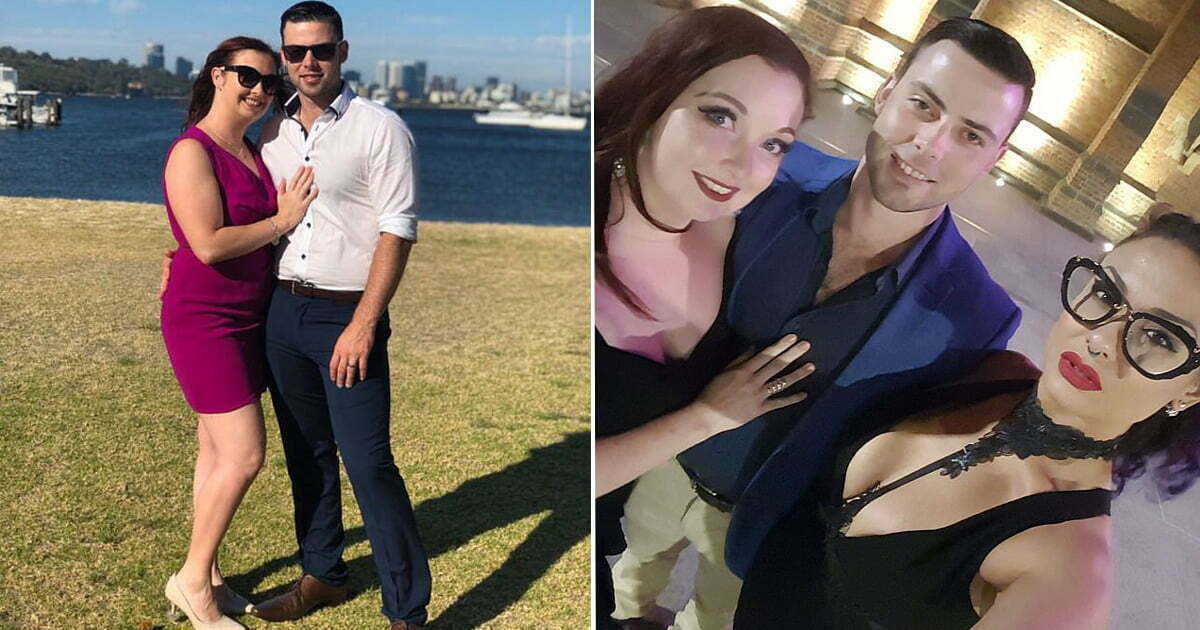 7 years ago, Simon, 31, and Jodie Reynolds, 30, got married happily and before then, the pair had been dating since high school. Making it a total of 17 years, the pair later invited Natasha Bee, 31 from Northern Territory into their union.

Jodie and Simon Reynolds with Natasha Bee, their new lover

With Jodie acknowledging that she was drawn to Natasha’s energy while on a lingerie shopping, the trio became best of friends after introducing Natasha to Simon in January 2019.

Apparently, all three to each other and the parties said YES to the poly-amorous harmony. It’s been months since then and everything appears to be going on well with the three.

‘There has been some jealousy’ but Simon says they’ve worked through it.’

‘We are in love and dedicated to each other as we have ever been, but this union has undoubtedly challenged us.’ Simon disclosed.

Simon, who works as an Engineer in an Interview with Daily Mail added: ‘Jodie and I have been together for more of our lives. Both of us have never known a relationship with someone else and this sometimes causes high emotions at times. We have experienced jealousy, but with a lot of reassurance and communication, we overcame such feelings.’

‘We are not perfect though, but we’re working constantly every day to improve how we handle some situations.’

‘Jodie and I met in high school. We met one day and I asked her out the next. We’ve been together ever since. We had an amazing marriage and we’ve both worked together. We were dubbed the high school sweetheart couple and now we’ve grown into adults together.’ Simon explained further.

Simon describes their relationship as 4 distinct: Jodie and Tash, Jodie and Him, Him again and Tash and then the three of them as one. Admitting that all these relationships require time to be cared for, Simon stated: ‘We are trying to create a non-hierarchical relationship. This is challenging because Jodie and I have a history together and three of us presently don’t live under the same roof.’

Nevertheless, their goal is to live happily as one!