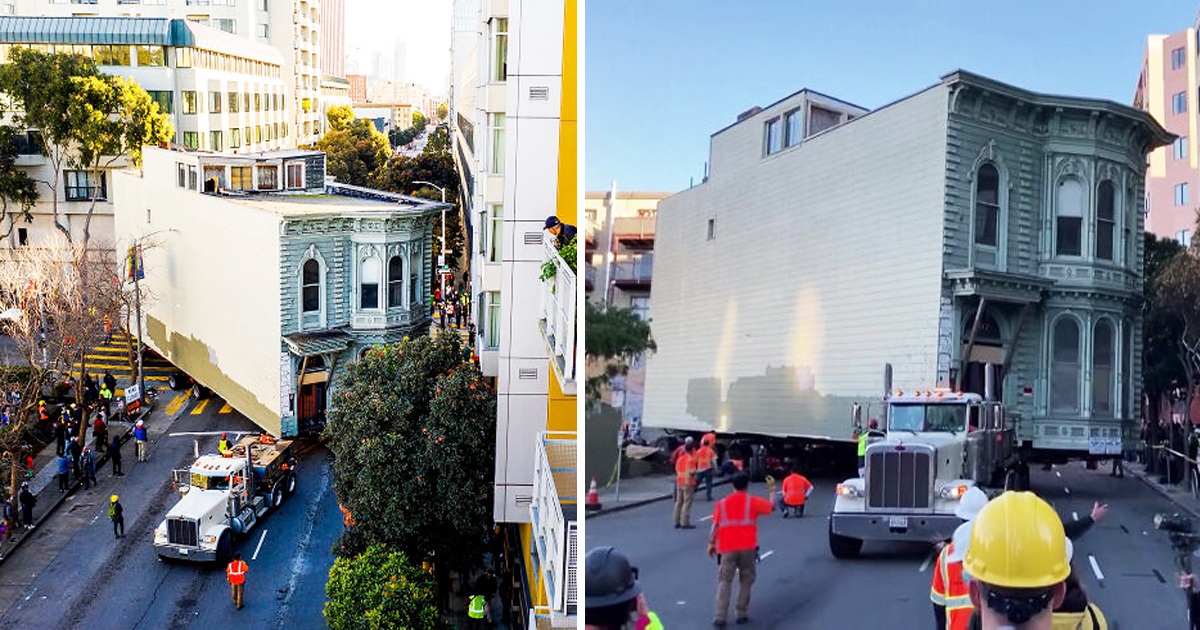 When people hear move house, it’s understood chiefly as switching apartments and not moving the entire house. However, a building named the Englander House is making the headlines as it was picked up, placed on a flatbed trailer, and transported a whole seven blocks away to its new address. Yes, the entire house was moved to a new location.

And recently, the Victorian House’ in San Francisco was moved to a new location 7 blocks away.

San Francisco is no alien to gorgeous architecture, including modern homes and vintage Victorian-era houses. This particular Victorian architecture is 5179 square feet, roughly 480 square meters, and has been around for 139 years, particularly since 1882. It was moved at an average speed of 1 mile per hour for 0.6miles from 807 Franklin St. 635 Fulton St.

This architecture is 5179 square feet and has been around for 139 years, particularly since 1882.

According to San Francisco Chronicle, the movement cost about $400K and involved the removal of street lights, utility lines, and parking meters. Over fifteen different permits were obtained to make the house move a reality. It started at 6:15 in the morning, yet it didn’t stop about 600 spectators from showing up to see the show.

Here’s a Google Maps that visualized the route and distance the house traveled.

It is claimed the move cost $400k and involved the removal of street lights and utility lines.

Reportedly, some observed how the wheel axle was bending sideways and the tires looking a bit flat due to the weight of the house. Commenters have since wondered how much outrage the move must have caused, wasting money on adapting the streets while causing somewhat of a traffic jam for those commuting. A few found it a positive action because it allowed more innovative land development and boosted the economy.

Particularly, it was moved to make way for a new 48-unit apartment building that will be popping up.

For the Victorian house itself, it will be renovated into seven residential units.

However, Tim Brown, a real estate broker, had in 2013 purchased the house for 2.6Million. Now that the building is in a new location, Brown has ideas to transform the home into seven residential units. But as for the place it has left behind, there are plans for the spot to become a new 48-unit apartment building.